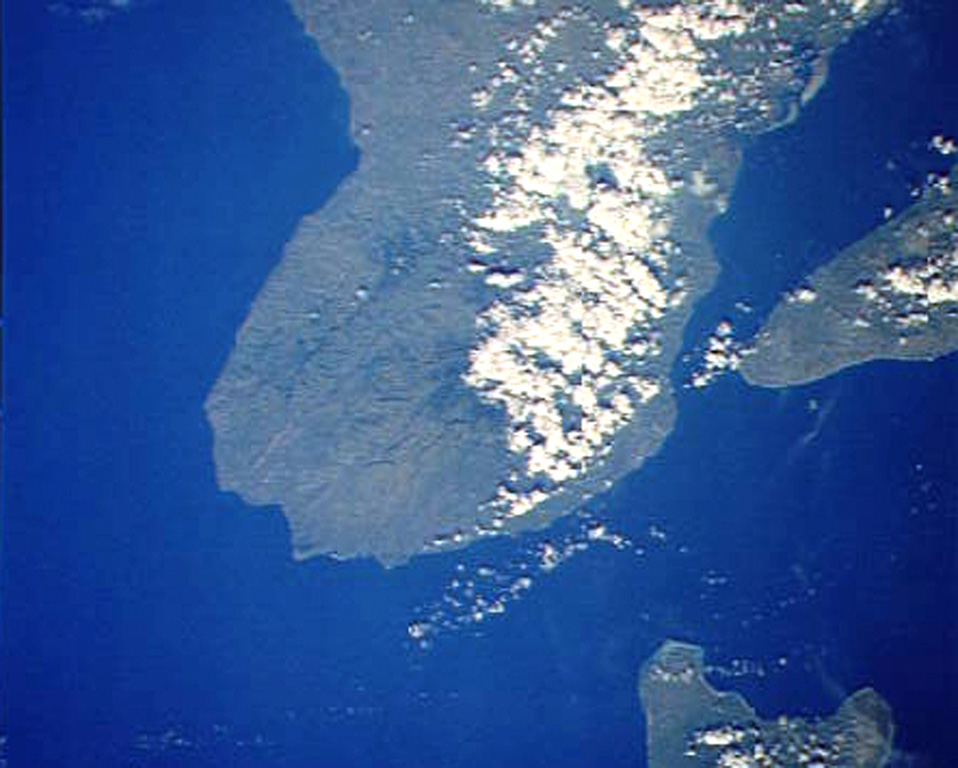 Magaso, also known as Cuernos de Negros, is a large stratovolcano that anchors the SE tip of Negros Island. The volcano is located just right of center in the cloud-covered portion of SE Negros Island in this Space Shuttle image (with north to the upper right), directly across the channel and in line with the SW tip of Cebu Island at the right side of the image. No historical eruptions are known from Magaso, but the summit crater is fumarolically active, and the Palinpinon geothermal field are located at its base. 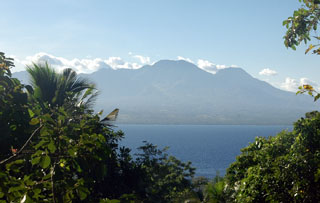