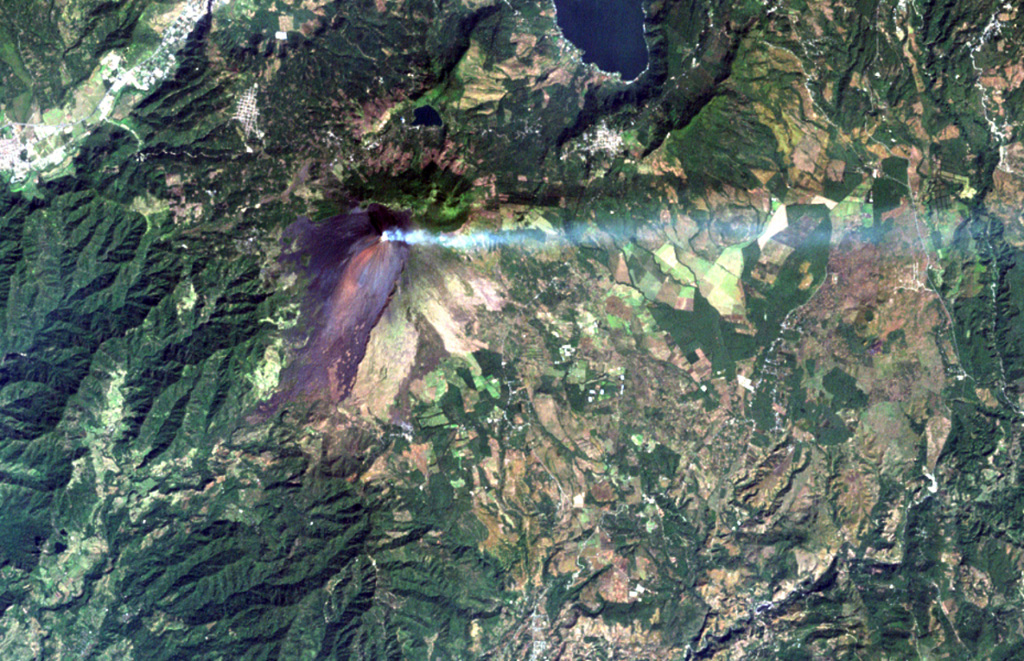 A volcanic plume extends to the east from MacKenney crater at Pacaya volcano in this December 8, 2000 Landsat image. The unvegetated modern cone was constructed within a scarp (visible south of the summit) left by a major edifice collapse at Pacaya volcano about 1100 years ago. The avalanche swept 25 km down the Río Metapa drainage (lower left) to the Pacific coastal plain. Pacaya was constructed near the southern rim of Amatitlán caldera, partially filled by Lake Amatitlán at the top right.