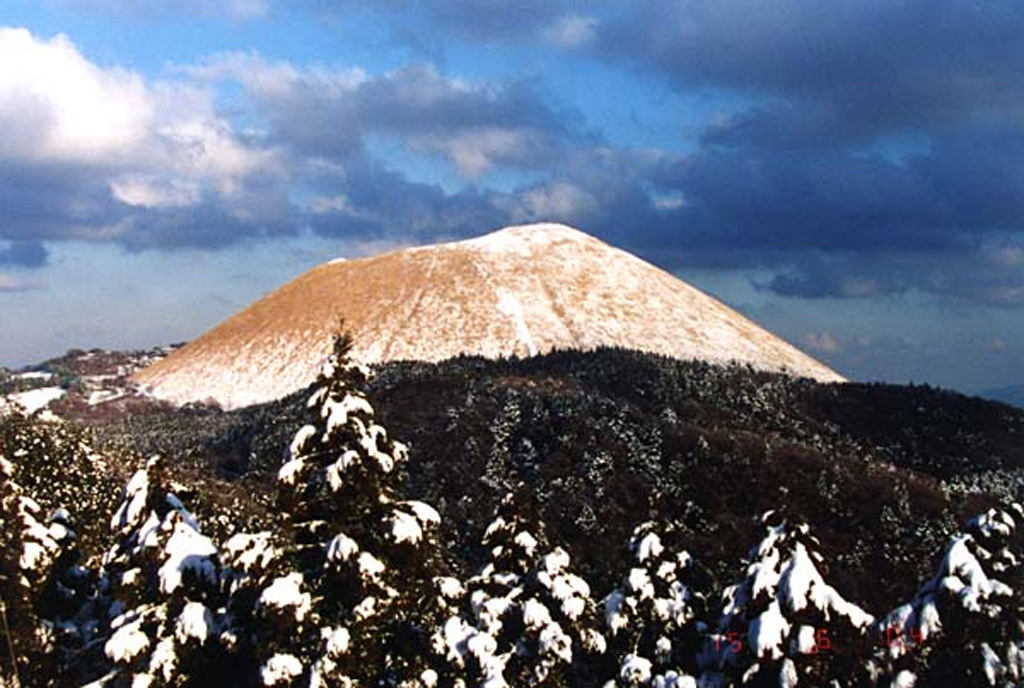 Snow mantles the western flanks of Omurayama scoria cone in the Izu-Tobu volcano group. Omuroyama formed about 5,000 years ago. The volcanic field formed over a broad, plateau-like area of more than 400 km2 on the E side of the Izu Peninsula. About 70 monogenetic volcanoes formed during the last 140,000 years, and chemically similar submarine cones are located offshore.