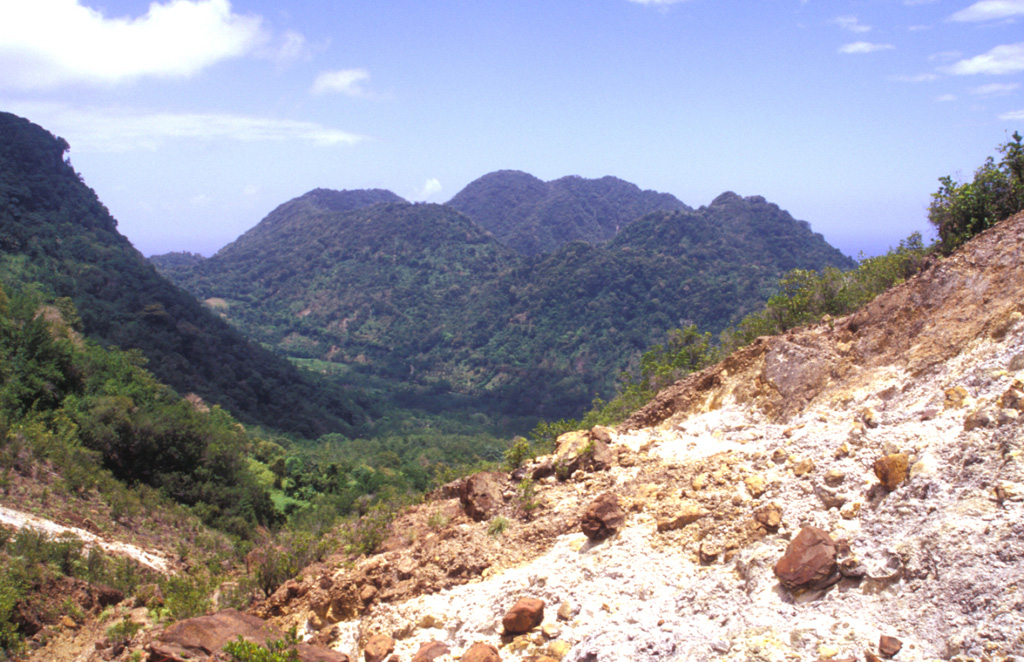 The youngest cluster of lava domes of the Morne Plat Pays volcanic complex, Morne Rouge, Crabier, and Morne Patates (left to right) is seen here from the north at the upper Sulfur Springs thermal area. The cliff in the shadow at the left is the west-facing wall of the arcuate Morne Plat Pays caldera, which formed about 39,000 years ago in association with the eruption of the Grand Bay Ignimbrite and a lateral flank collapse to the west.