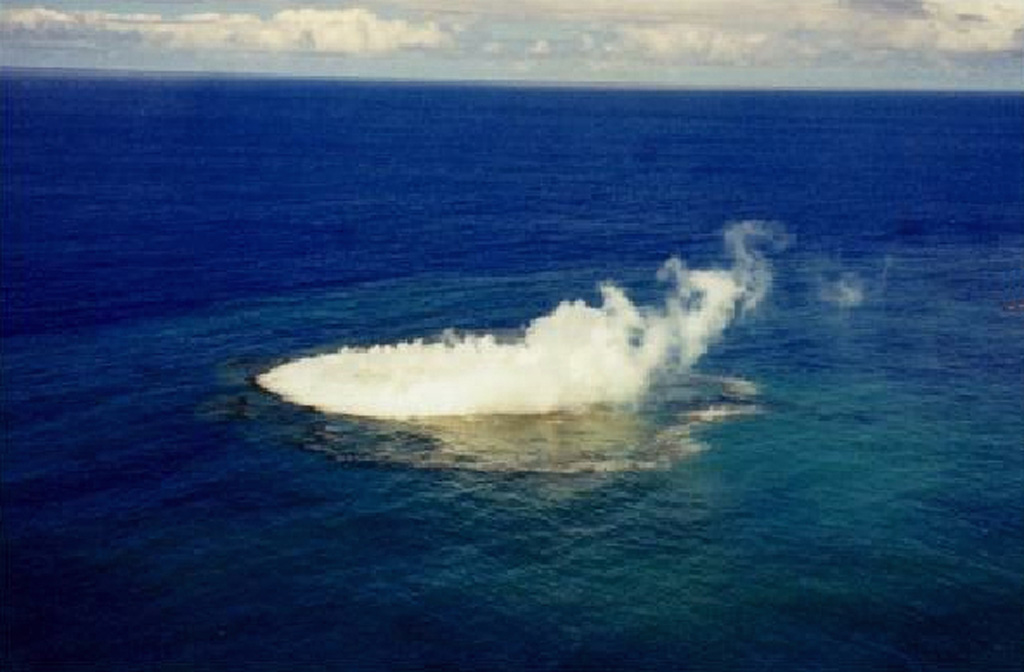 A plume and discolored water from a submarine eruption were observed in January 1999. This unnamed submarine volcano, 35 km NW of the Niu Aunofo lighthouse on Tongatapu Island, was constructed at the southern end of a submarine ridge segment of the Tofua volcanic arc extending NNE to Falcon Island. The first documented eruptions took place in 1911 and 1923. An ephemeral island was formed during this eruption in 1999; prior to this the summit was 13 m beneath the sea surface. 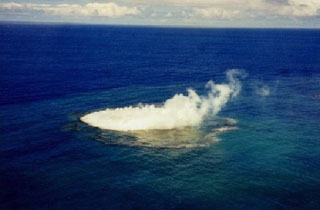