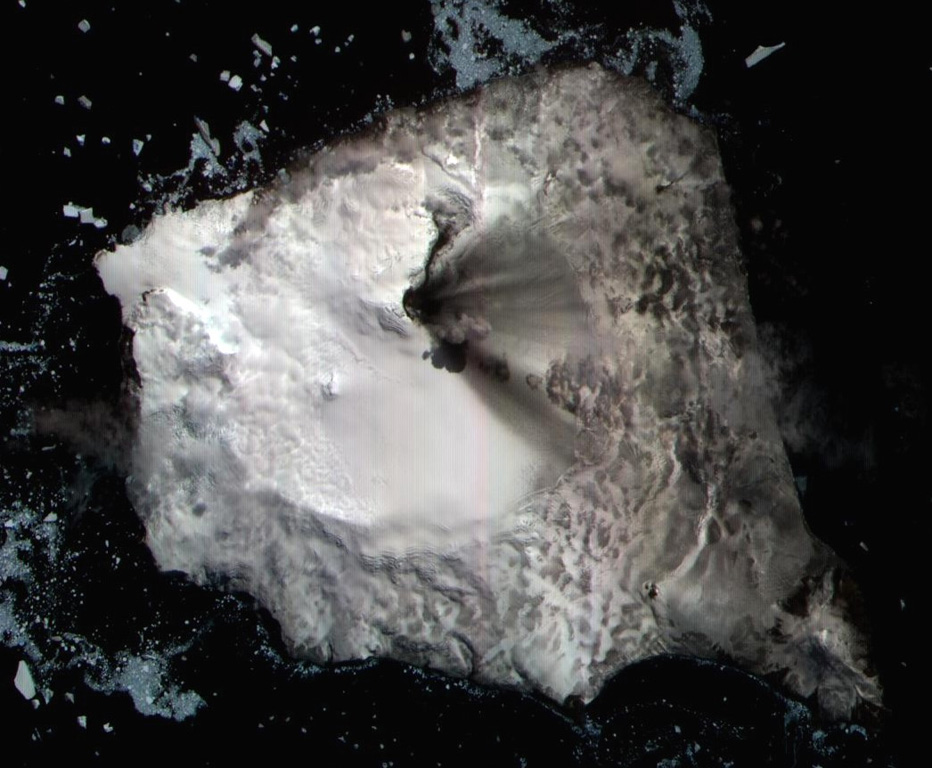 An ash plume rises from a central cone, and ashfall deposits discolor snow on this December 7, 2003 ASTER satellite image. Montagu is the largest of the South Sandwich Islands and consists of one or more stratovolcanoes with parasitic cones and or domes. Mount Belinda, rising to 1370 m, is the high point of the island and lies at the southern end of a 6-km-wide ice-filled summit caldera. Mount Oceanite, an isolated 900-m-high peak, lies at the SE tip of the island (lower right)