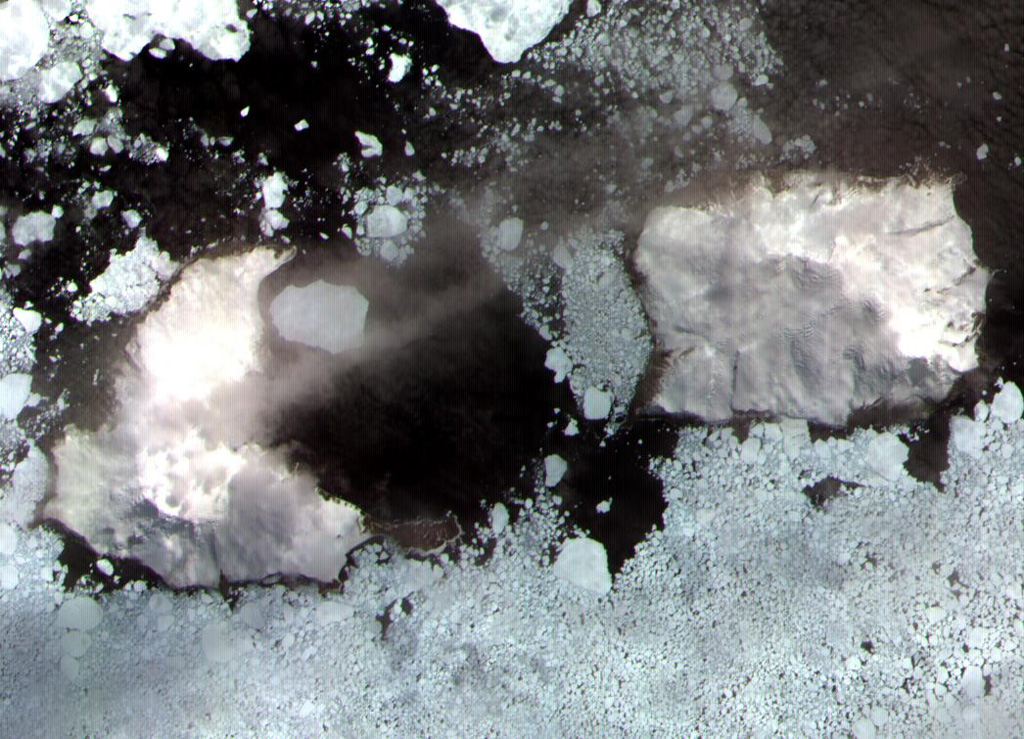 Thule (left) and Cook (right) islands are seen surrounded by ice floes in this ASTER satellite image. Douglas Strait, the ice-free area in the center of the image, is underlain by a 4.3 x 4.8 km wide caldera between the two volcanic islands. A third stratovolcano forms Bellingshausen Island, just out of view to the right. The Thule Islands lie at the southern end of the South Sandwich island arc bordering the Scotia Sea and consist of three stratovolcanoes constructed along an E-W-trending line. 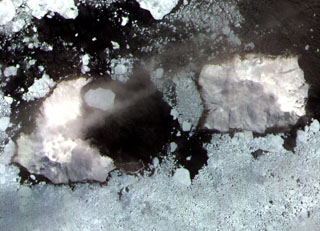