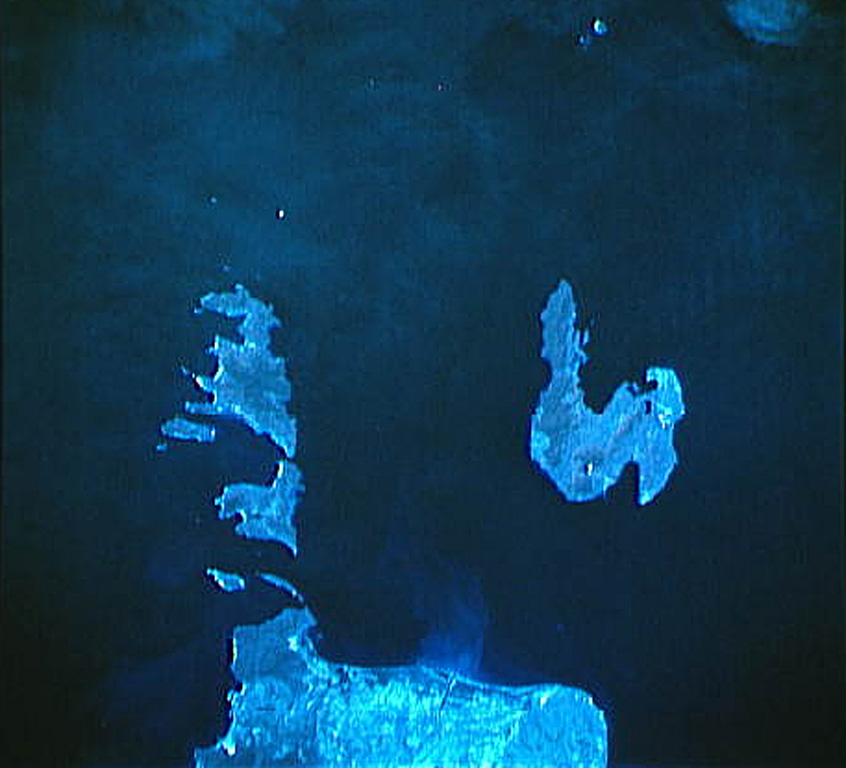 Pulau Weh is the island to the right in this NASA Space Shuttle image with N to the upper right. The NW tip of Sumatra is at the bottom of the image. Lhok Perialakot bay on the north side of the island has been interpreted as the remains of a partially-collapsed older volcanic center that opens to the NW. Volcanism was assumed to be of Pleistocene age, but fumaroles and hot springs are found at the SE part of the island and along the shores of Lhok Perialakot. 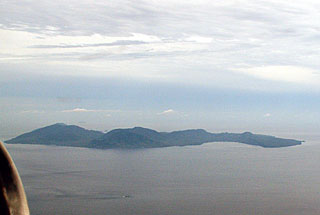