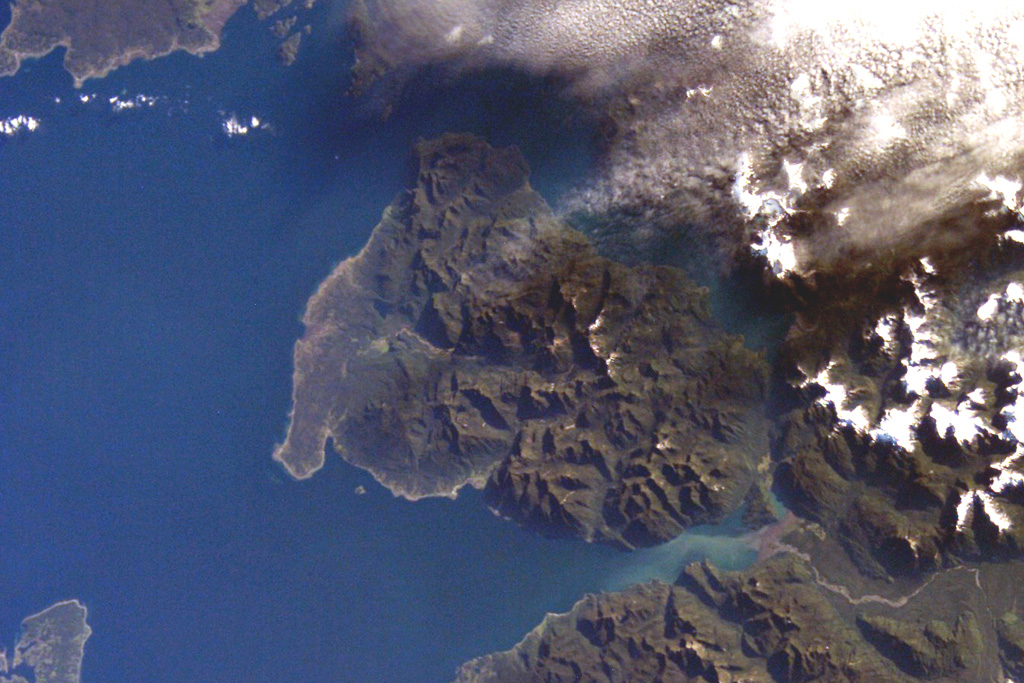 The roughly 20-km-wide Huequi Peninsula extends about 40 km into the Gulf of Ancud in southern Chile. Volcán Huequi is a small, glacier-free volcano located just to the right of the center of this NASA International Space Station image (with north to the upper left). A parasitic cone is located on the west side of the 1318-m-high basaltic-andesite volcano, which has an 800-m-wide crater. Explosive eruptions were recorded during the 19th and 20th centuries, initially in 1890 and most recently in about 1920. 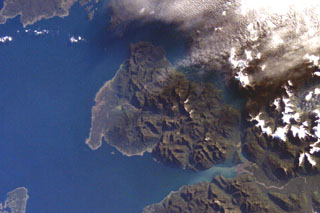