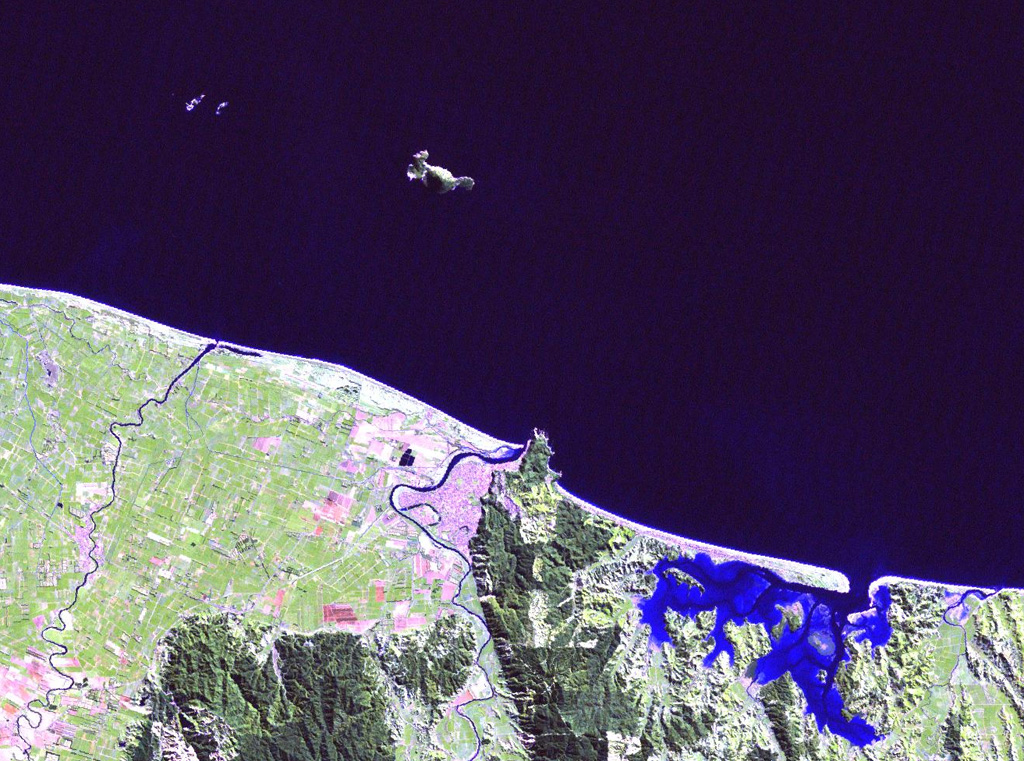 Moutohora (Whale) Island is the elongated island 11 km offshore from the city of Whakatane in the center of this Landsat image. The central dome complex on the 15 x 5 km wide island is about 350 m high and flanked by two lava domes, Pa Hill Dome (also known as West Dome) at the NW tip of the island and East Dome at the opposite end. Eruptive activity ceased during the Pleistocene but thermal activity continues. Rurima Rocks and Moutoko Island lie WNW, and the large bay at the lower right is Ohiwa Harbour. 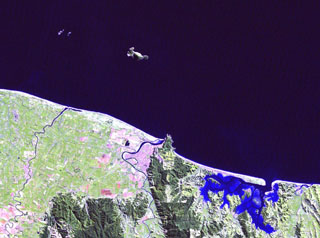