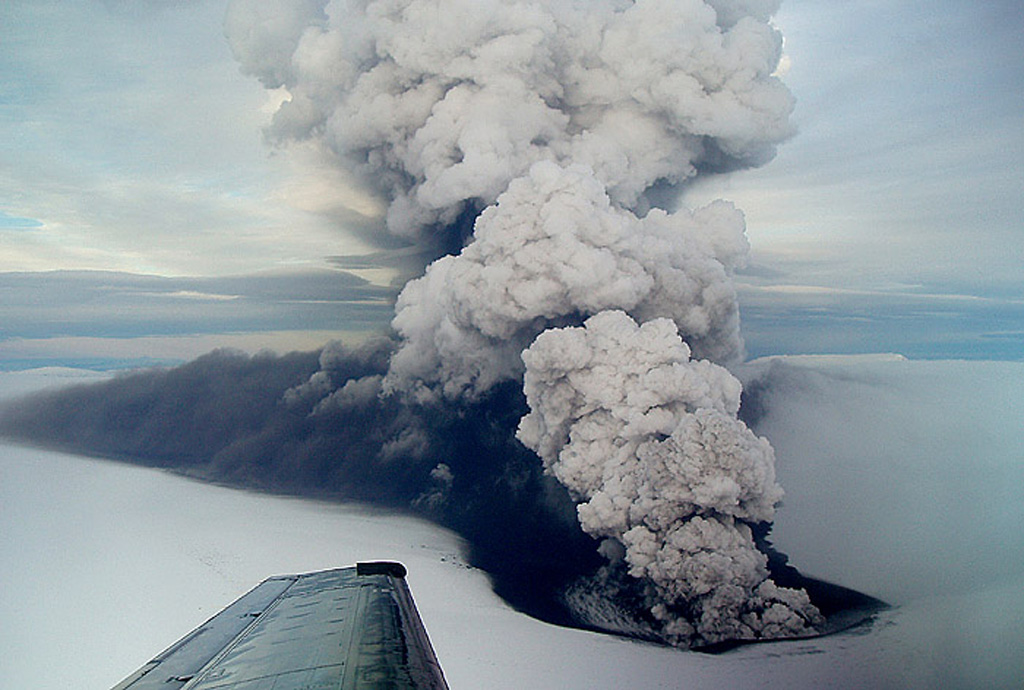 An ash plume rises from a new crater near the southern margin of Grímsvötn caldera in November 2004. Grímsvötn lies largely beneath the vast Vatnajökull icecap and the eruption melted its way through ice about 200 m thick. The plume extends towards the north due to the wind direction, coating the surface of the glacier in dark ash.