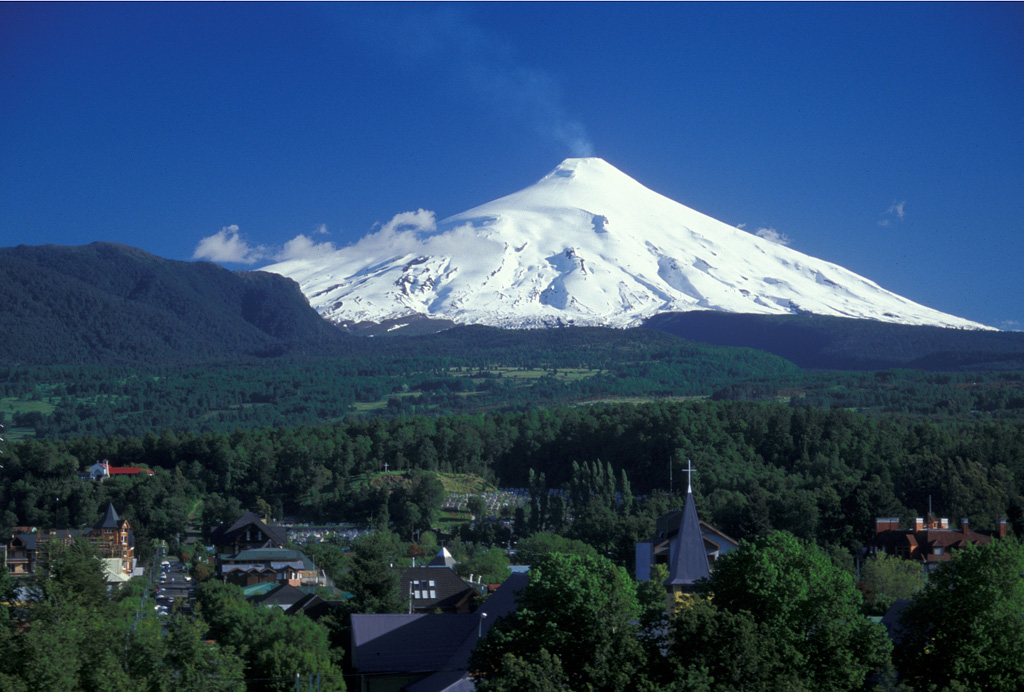 Snow-covered Villarrica, one of Chile's most active volcanoes, rises above the resort town of Pucón below its northern flank. A faint steam plume drifts from an active lava lake in the summit crater. The steep summit cone was constructed within a mostly buried, 2-km-wide caldera whose dissected outer flanks rise above the tree line. Villarrica is the westernmost of three large stratovolcanoes that trend perpendicular to the Andean chain. Historical eruptions have been documented since 1558 CE.