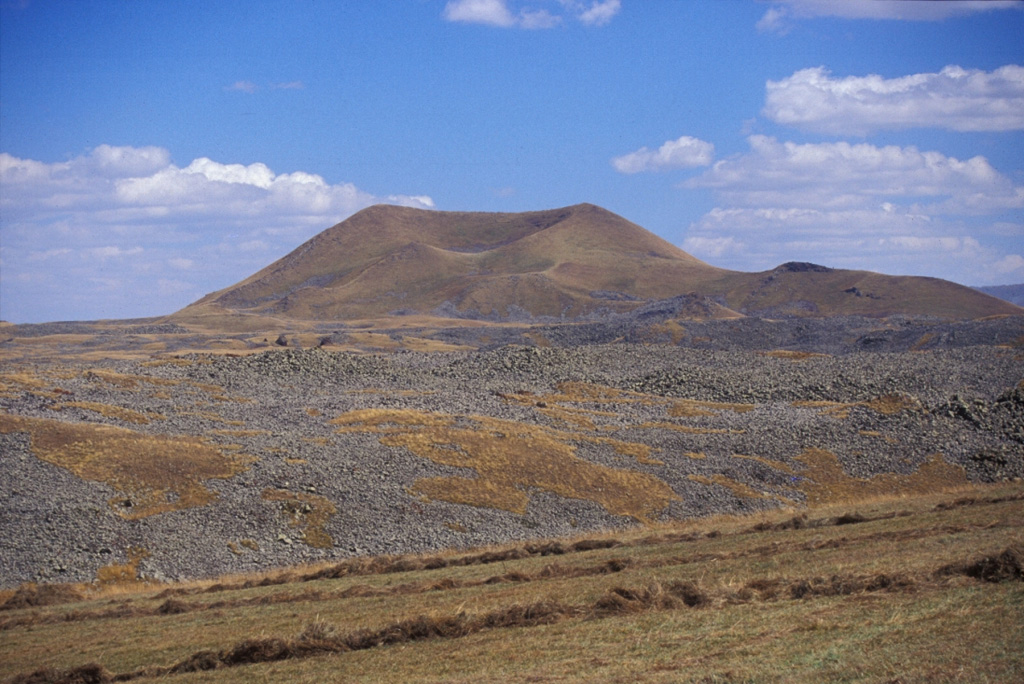 A lava flow extends across the foreground from a cone within the Porak volcanic field, located along the Vardeniss volcanic ridge about 20 km SE of Lake Sevan. The volcanic field straddles the Armenia/Azerbaijan border, and lava flows extend into both countries. This lava flow is the youngest of the volcanic field. Another flow from the same cone (located in Armenia) flowed into Lake Alagyol in Azerbaijan. Archaeological and historical evidence indicates several eruptions occurred during the Holocene. 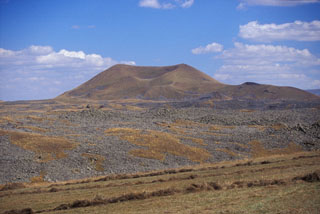