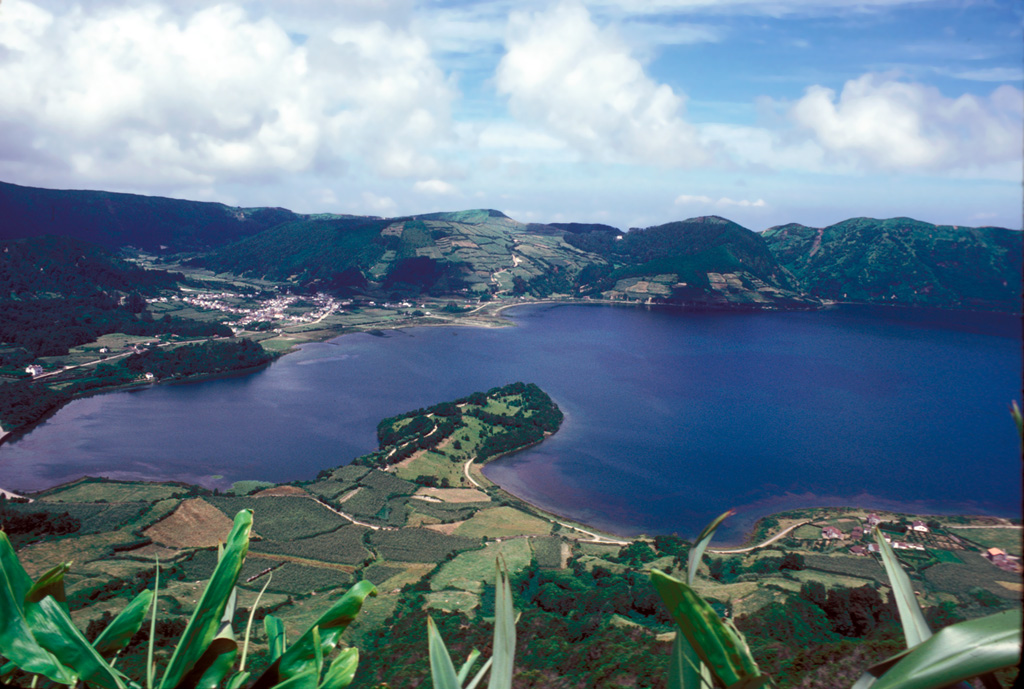 A small peninsula extends into Lagoa Azul ("Blue Lake"), one of two main lakes partially filling the floor of the summit caldera on Sete Cidades volcano at the western end of Sao Miguel Island. The 5-km-wide caldera was formed in three major eruptions at about 36,000, 29,000 and 16,000 years ago, and at least 17 eruptions have occurred here in the last 5,000 years. This view looks to the northwest from the rim of a post-caldera cone containing Lagoa Santiago. Two other post-caldera cones, Caldeira do Alferes and Seara, lie across the lake, behind and to the right of the town of Sete Cidades.