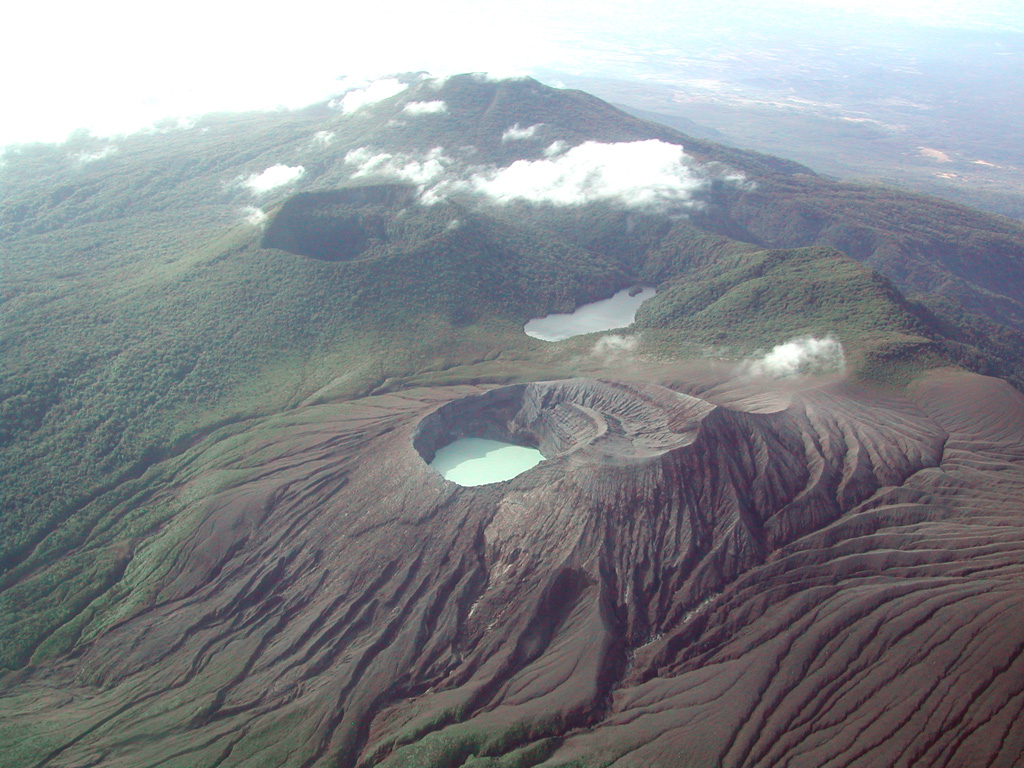 Rincón de la Vieja National Park is host to more than 300 species of birds, including quetzals, toucanets, and eagles. Mammals include howler, spider, and white-faced monkeys, kinkajous, sloths, tapirs, tayras, cougars, and even jaguars. Barren slopes surround the Active Crater of the Rincón de la Vieja volcanic massif in this aerial view from the NE. Los Jilgueros lake is in the middle and the large forested inactive crater of Rincón de la Vieja behind it and to the left. Santa María volcano is in the far background.