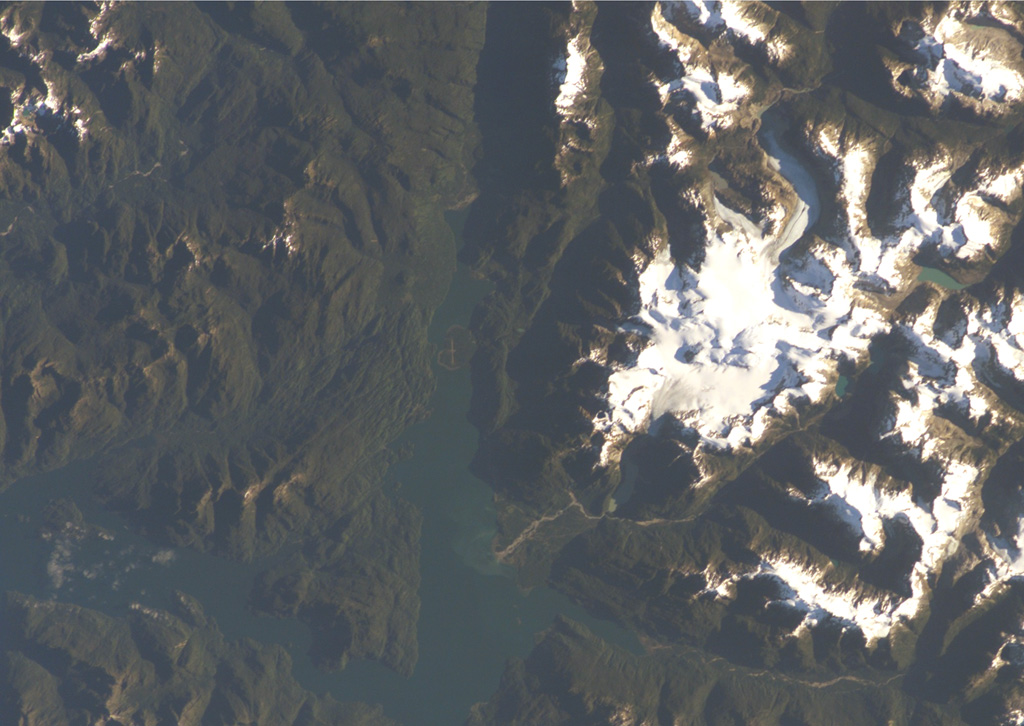 A chain of cinder cones was erupted along NE-SW-trending fissures at the head of Puyuhuapi fjord (top-center) in this NASA International Space Station image (with north to the upper left). The Volcanes de Puyuhuapi consists of a larger group of four cones on the western side of Puyuhuapi fjord and a chain of smaller cones north of the head of the fjord. The two fractures and the fjord are related to the regional Liquiñe-Ofqui fault zone. The town of Puyuhuapi lies on the western side of the fjord, about halfway down its visible length in this image. 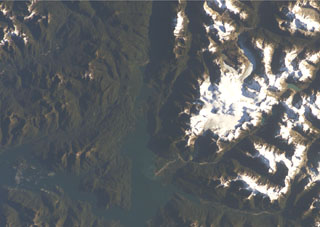