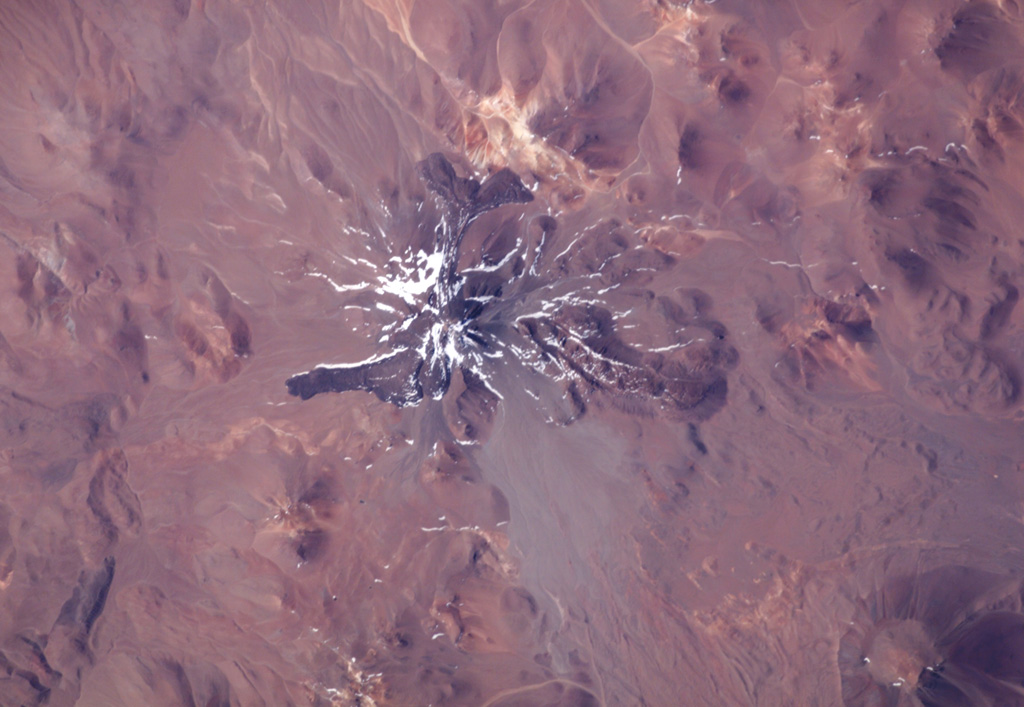 The world's highest historically active volcano, Llullaillaco, sits astride the Chile-Argentina border in this NASA International Space Station image (with north to the upper right). A well-preserved summit cone was the source of prominent lava flows that are older than they appear in this image. The hilly terrain at the lower right was produced by a major debris avalanche about 150,000 years ago that swept eastward into Argentina and diverges around the north and south sides of the older Cerro Rosado stratovolcano (extreme lower right). 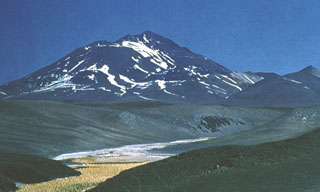