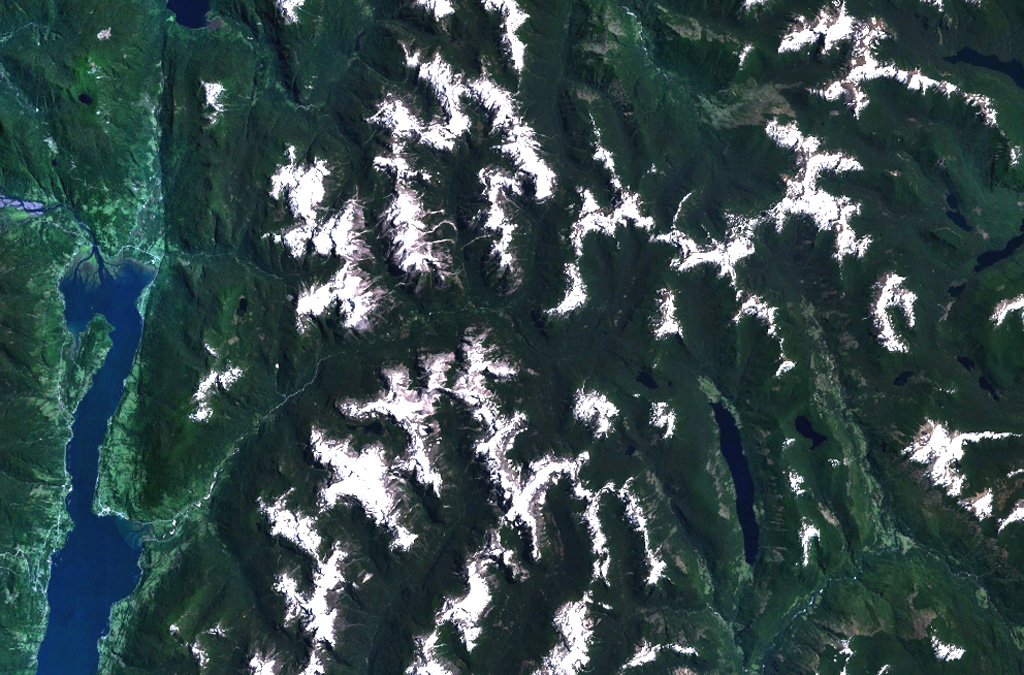 Cuernos del Diablo is a small 1862-m-high partially glacially eroded basaltic stratovolcano. The volcano (not clearly seen in this NASA Landsat image with north to the top) is located about 30 km east of the elongated N-S trending Reloncavi fjord (far left), near the headwaters of the river extending diagonally to the center of the image from the lower left. Numerous satellitic pyroclastic cones and associated basaltic lava flows were formed during the Holocene, some which may have historical in age, though eruptions were not recorded. 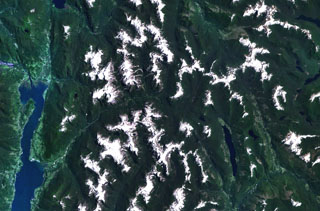