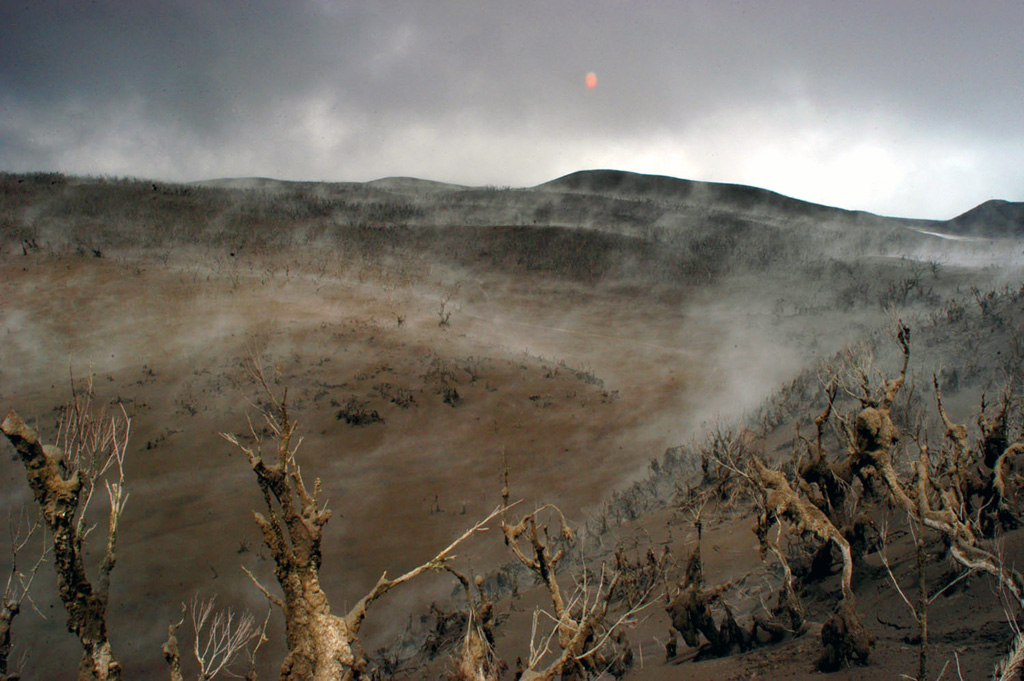 Tephra deposits left by Karthala's 16-18 April 2005 eruption altered the landscape and destroyed vegetation. This picture was taken at the entrance to the first caldera on the western trail, viewed looking to the S. A brief eruption from Chahalé crater beginning on the 16th produced ashfall that increased in intensity the following day, producing an ash plume and volcanic lightning. Ash deposits varied in thickness from a few millimeters on the coast to ~1.5 m at the summit.