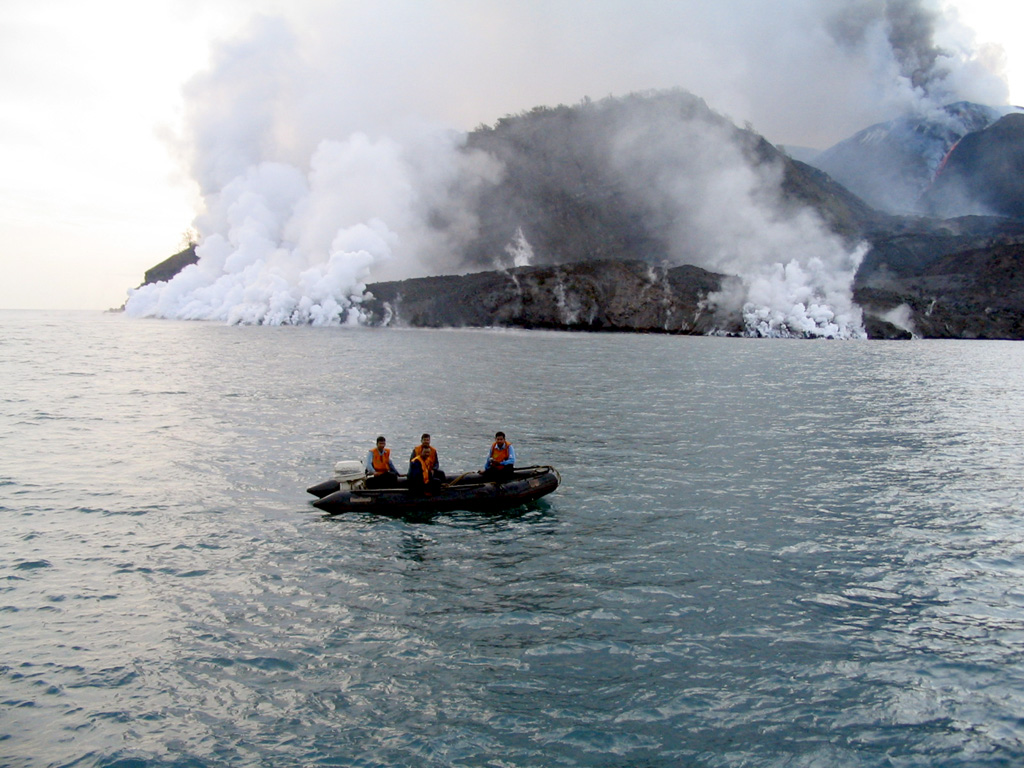 A lava flow enters the sea along the W coast of Barren Island on 21 July 2005. The flow entered the sea at two points following the routes of the previous 1991 and 1994-95 lava flows. A plume from the summit crater of the central scoria cone is visible to the upper right, along with an active lava channel descending the flanks.