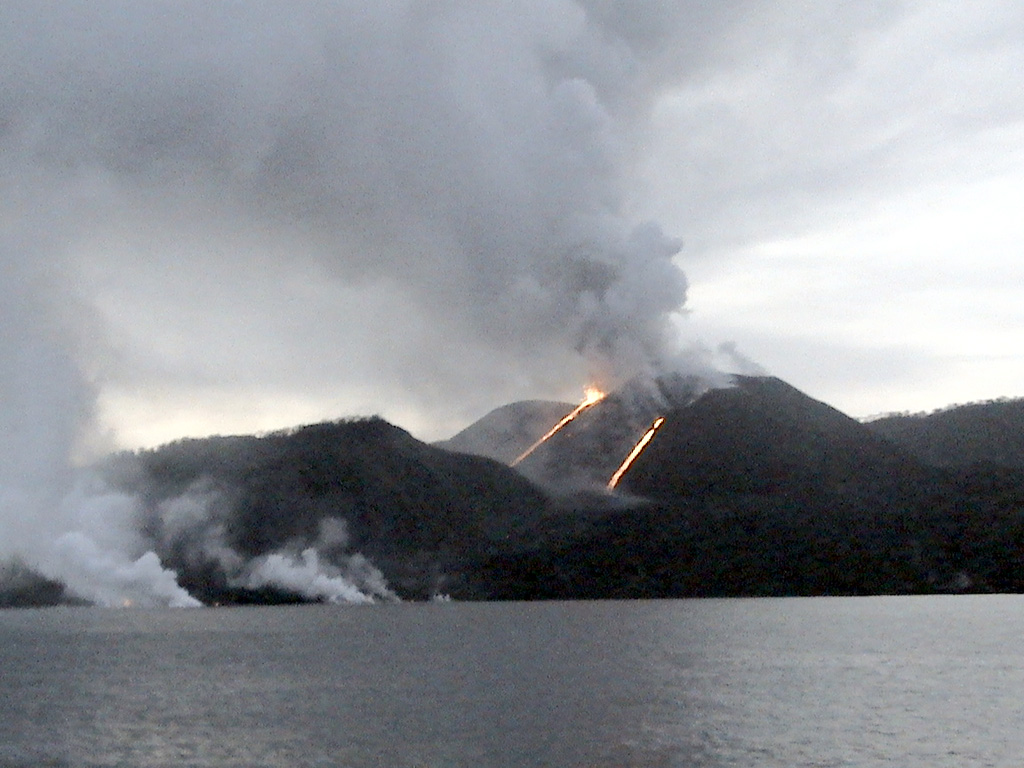 A view from off the west coast of Barren Island on 26 August 2005 shows a Strombolian eruption from the central scoria cone. The main crater was active and both explosive and effusive activity had shifted to the N. Two incandescent lava flows are visible along the slopes of the scoria cone, and steam-and-gas plumes mark the entry point of the lava flows into the sea.