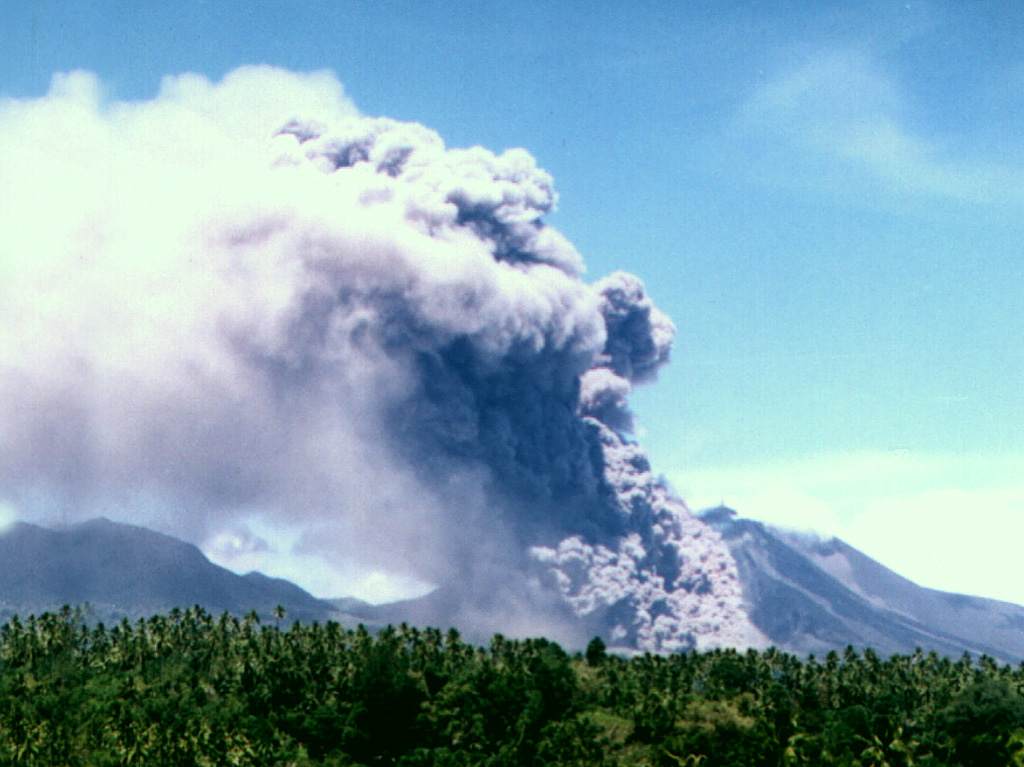 A pyroclastic flow produced by collapse of a growing lava dome descends the flank of Soputan on July 18, 2005. Soputan erupted on April 20, 2005, with a plume reaching ~ 1 km above the summit and lava fountains rising ~ 200 m above the volcano. MODIS thermal alerts had begun the night of the 19th. Rapid lava dome growth occurred in April, and by 21st the lava dome had spread about 250 m E and 200 m SW.