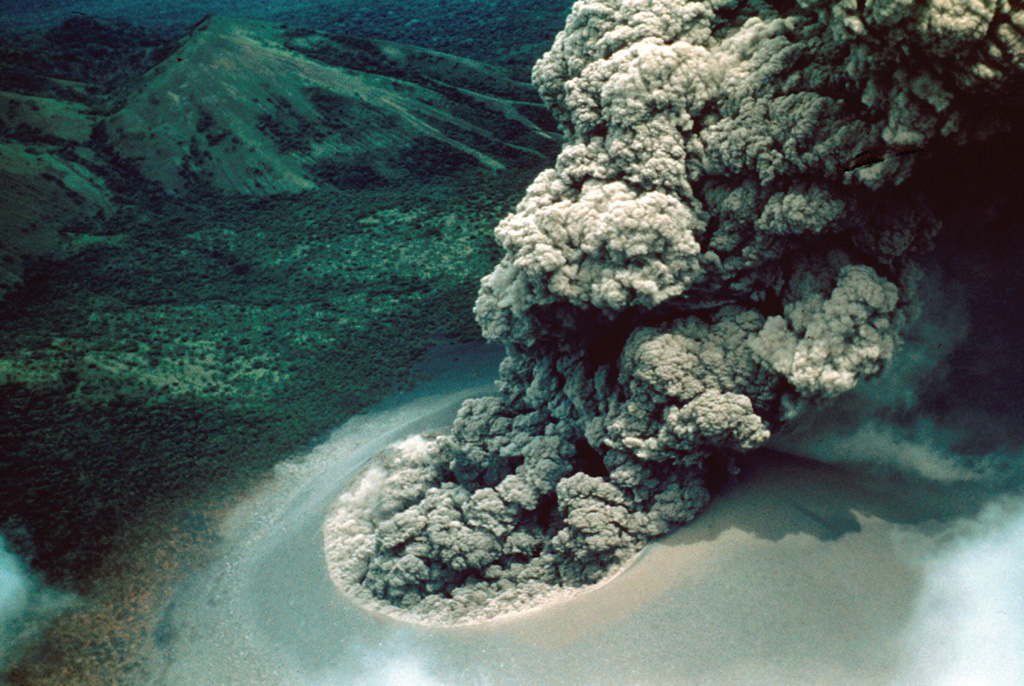 An ash plume rises above Cerro Negro on July 24, 1947. A strong explosive eruption beginning on July 9 produced ashfall that damaged crops at Malpaisillo and prompted evacuations of towns west of the volcano. Ash fell to the Pacific coast and to 7 inches on the roof of the cathedral at Leon. A NE-flank parasitic cone was formed and lava flows were emitted from both summit and flank vents. The eruption lasted until August 2, 1947.