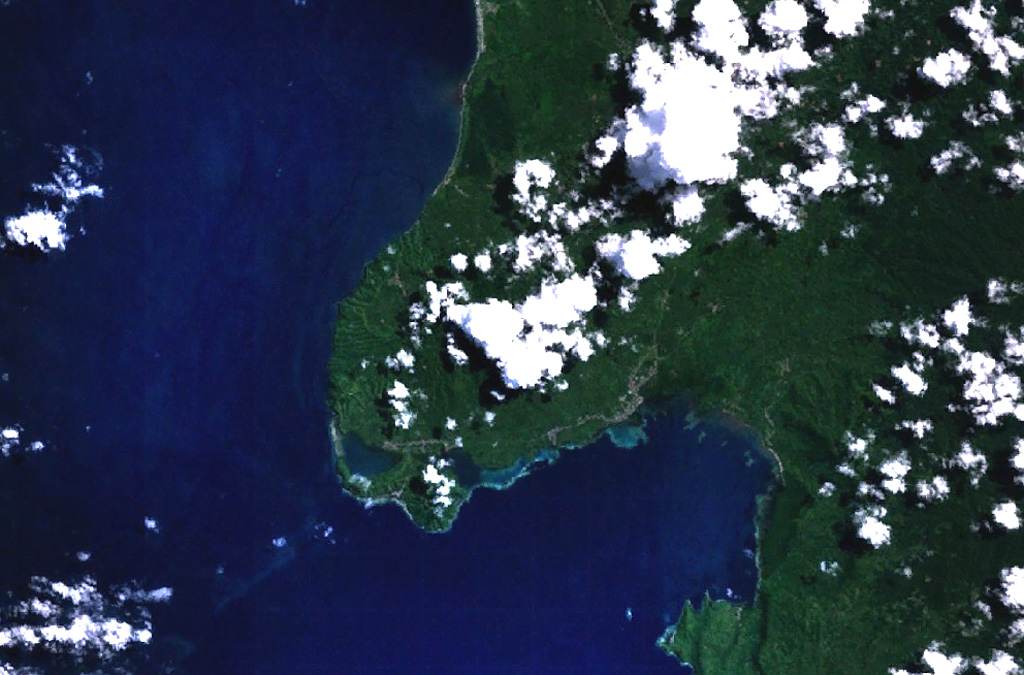 The Jailolo volcanic complex (center) forms a roughly 10-km-long peninsula west of Jailolo Bay (bottom-right) in this NASA Landsat image (with north to the top). Jailolo stratovolcano in the center of the complex is flanked by small calderas to the west and SW. Kailupa cone forms the east side of the small island off the southern coast of the peninsula. Hot mudflows were reported from Jailolo volcano shortly prior to 1883, but no eruptions are known during historical time. 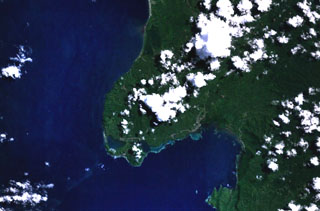