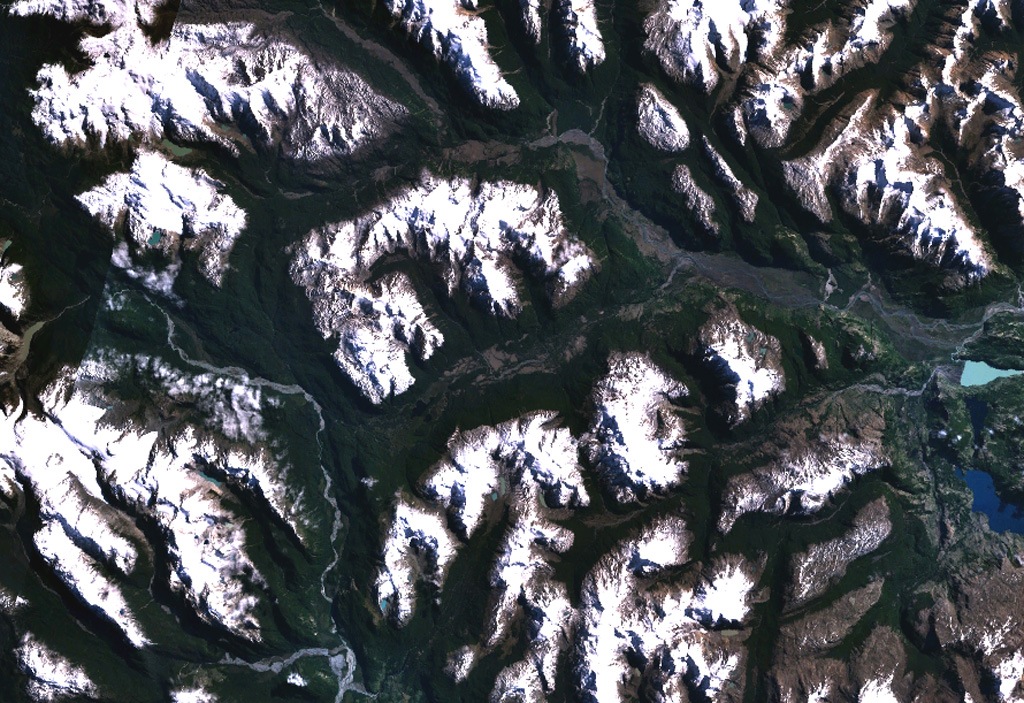 The valley cutting diagonally across the center of this NASA Landsat image (with north to the top) is a tributary of the Río Murta (left) that is partly floored by basaltic lava flows. The Río Ibáñez cuts across the top of the image. The flows were emplaced, partly subglacially, in valleys carved by glaciers in granitic rocks of the North Patagonian Batholith in the southern Andes. The columnar-jointed lava flows of Pleistocene to perhaps Holocene age include pillow lavas, lava tubes, and subglacial and sublacustral deposits. 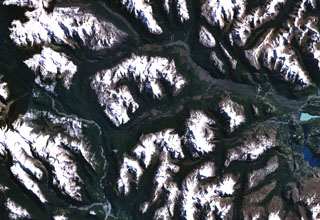