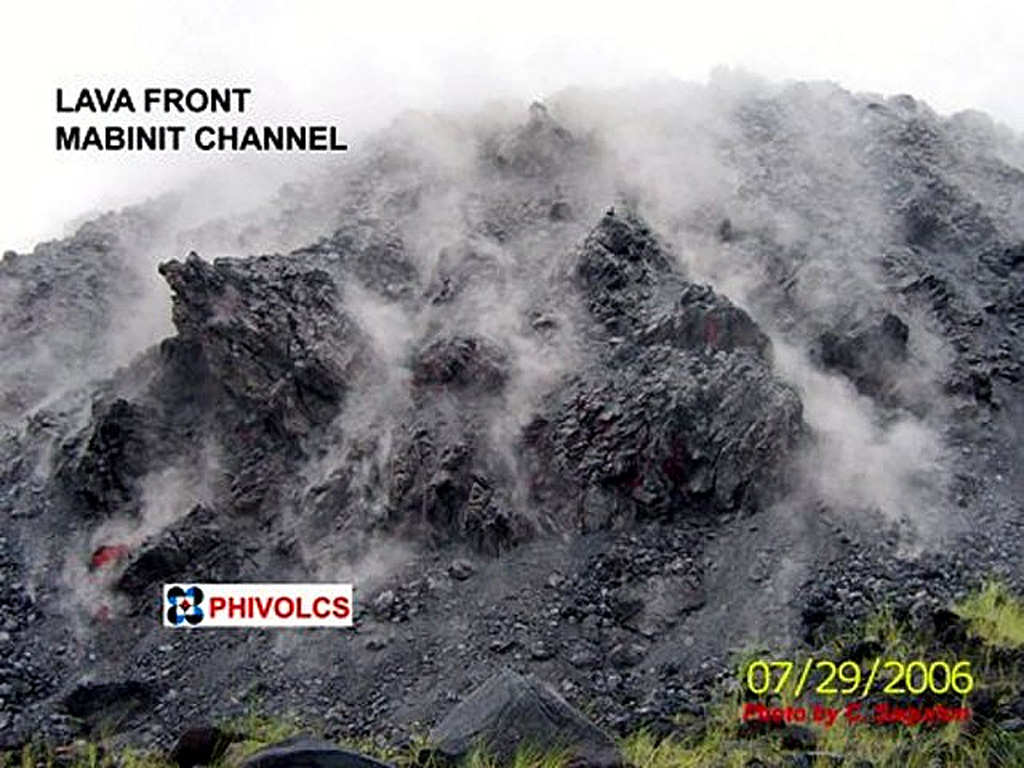 A lava flow front at Mayon is seen here on 29 July 2006 as it continued to advance down the Mabinit channel. Phreatic eruptions had begun on 13 July and lava extrusion was noted the following day, eventually reaching over 6 km to the SSE. Intermittent explosions continued and lava effusion ceased on 1 October. Pyroclastic flows occurred on 20 July and 12 August.