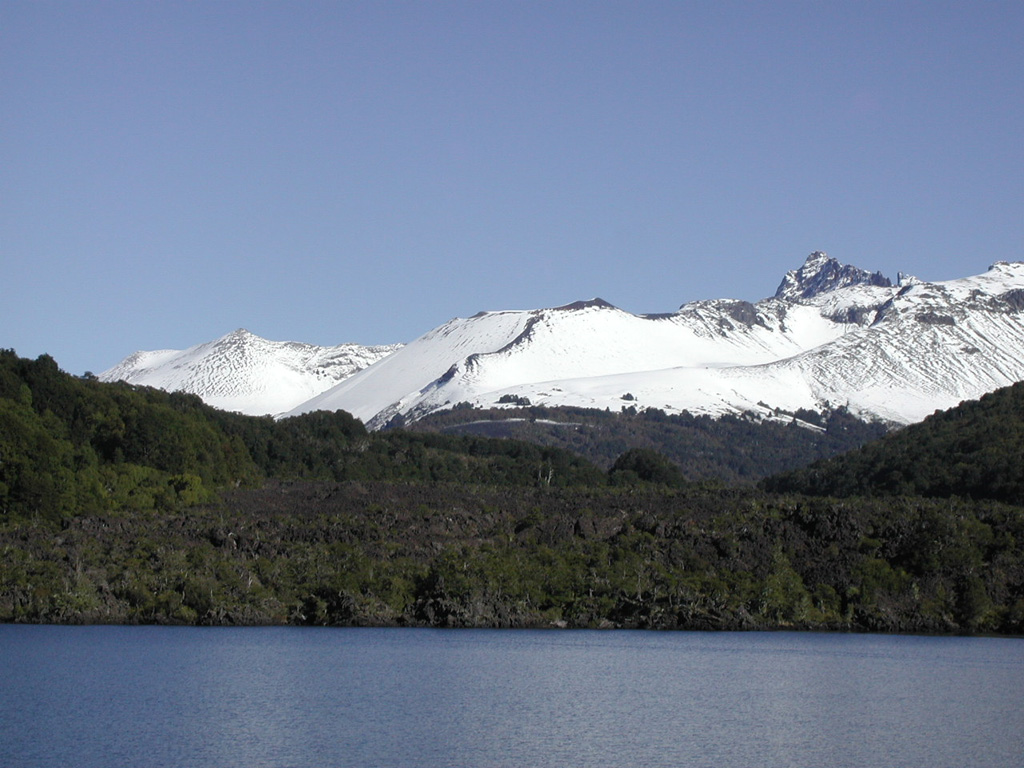 The blocky, partially forested Escorial lava flow in the foreground is seen from the north on a boat on Lago Epulafguen. The flow originated from the Achín-Niellu pyroclastic cone (center), which is part of the Huanquihué group of young basaltic volcanoes in Argentina near the Chilean border south of Lanín volcano. The Escorial lava flow was erupted about 200 years ago, and local residents recount oral histories of the eruption, which was observed by their grandparents. 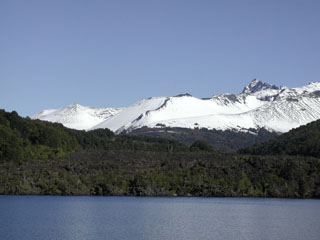