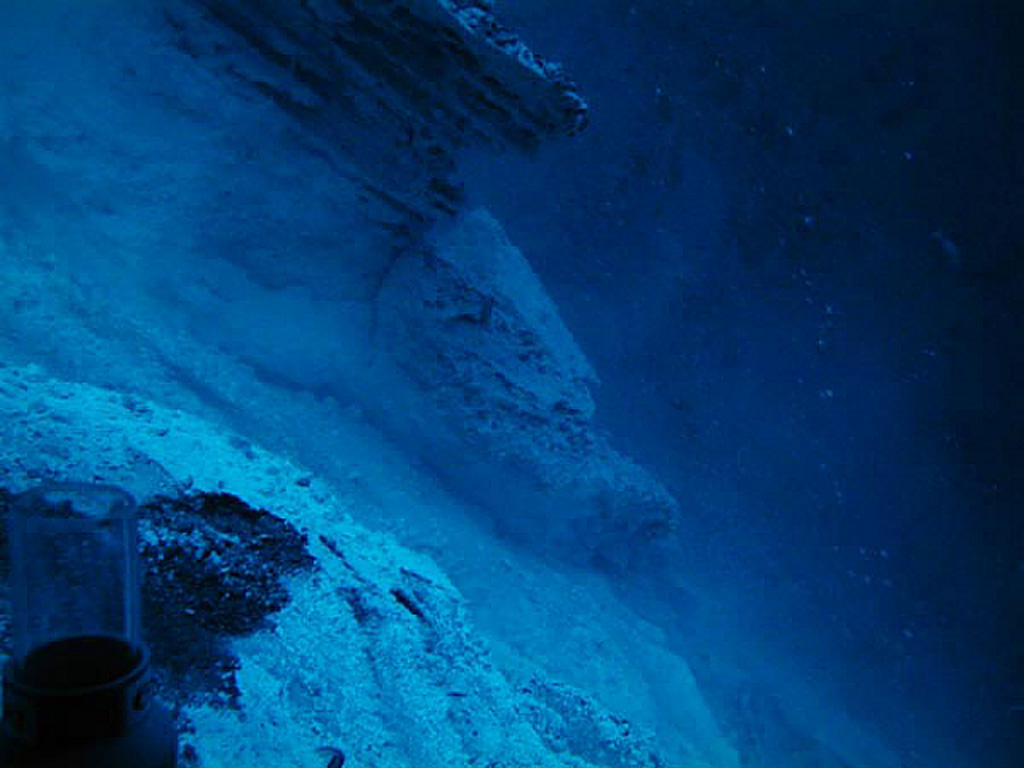 Many of the pits on the summit of Giggenbach volcano show layered ash deposits that are evidence for violent eruptions in the past. It lies NW of Macauley volcano and is named after volcano gas geochemist Werner Giggenbach. The flat summit is cut by a 700-m-wide crater containing a central cone and a large hydrothermal vent field was found within the summit crater. 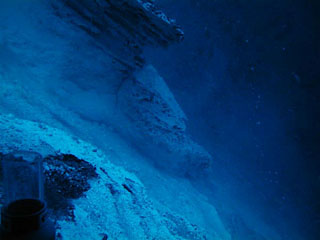