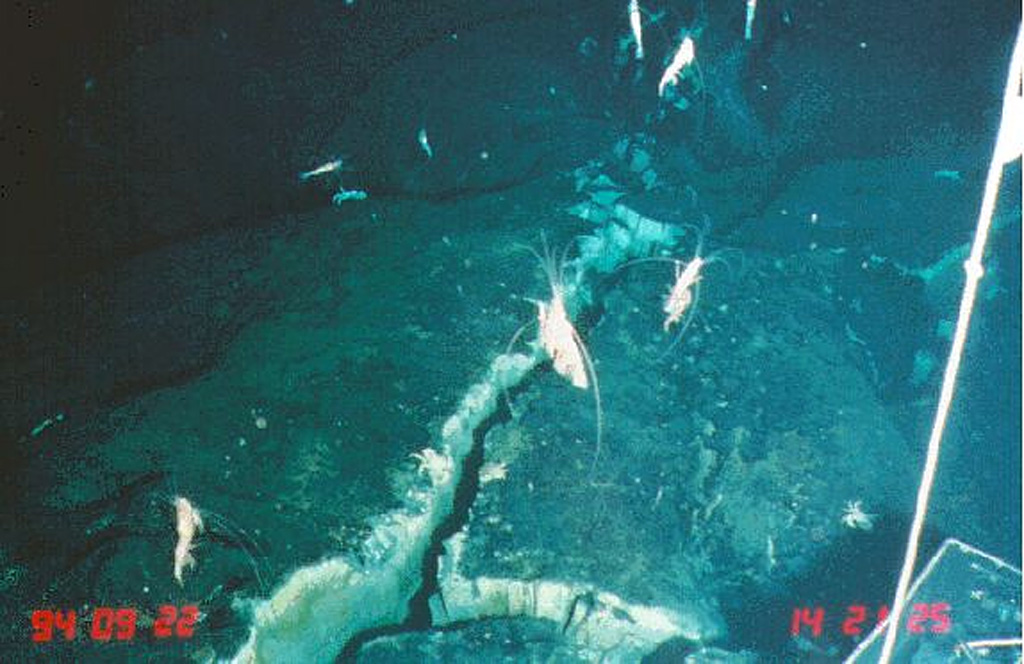 Shrimp swimming above a hydrothermally active vent within basalt on the Southern East Pacific Rise (near 17° 27’ S) were photographed in November 1994 from the Japanese submersible Shinkai 6500. Shrimp and crabs were seen going in and out of similar cracks in this area. Lava flows from a recent volcanic eruption were observed in 1994 along segment K of the Southern East Pacific Rise. 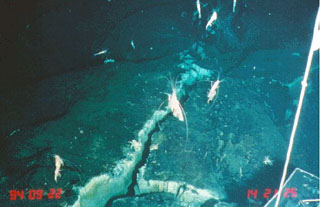