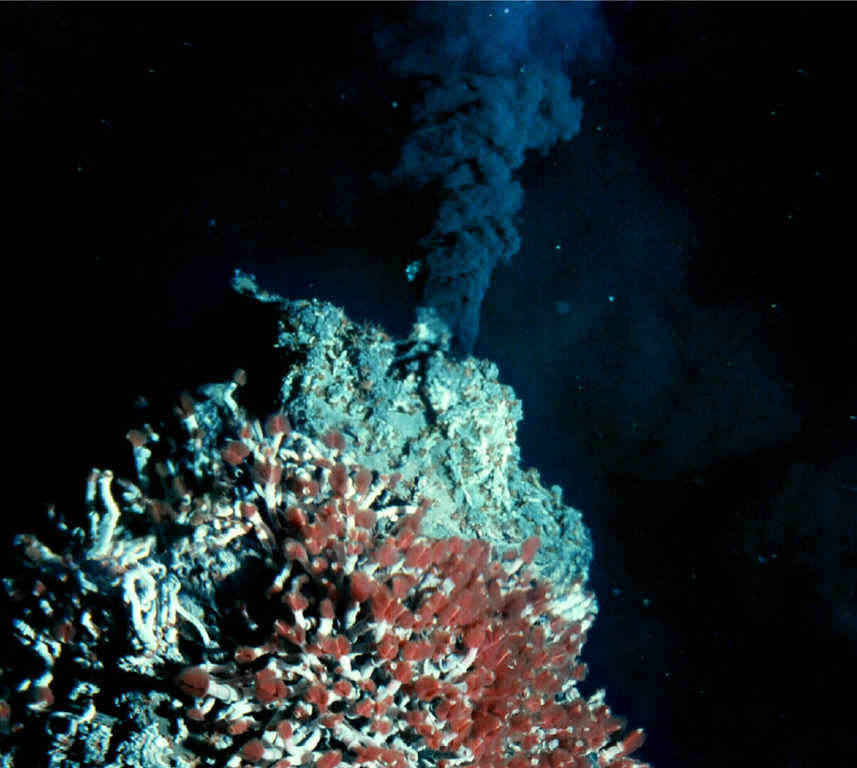 This 360°C black smoker chimney is located in the Endeavour Ridge segment of the Main Endeavour hydrothermal field at the northern end of the Juan de Fuca Ridge. Tube worms with red gills thrive on the edifice, which is predominantly composed of iron- and sulfur-bearing minerals. The 90-km-long ridge segment, which lies west of the coast of Washington and SW of Vancouver Island, is the site of vigorous high-temperature hydrothermal vent systems that were first discovered by scientists in 1981.

Image courtesy of NOAA Ocean Explorer and University of Washington. 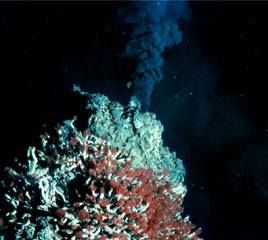