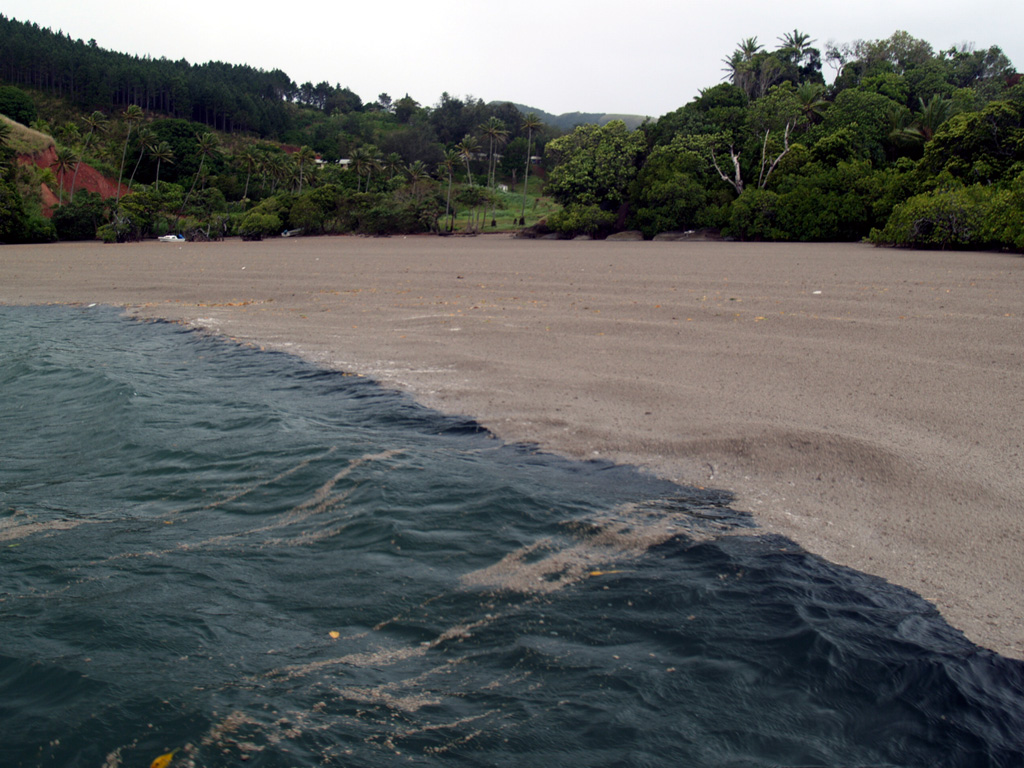 Floating pumice partially fills North Bay along the southern coast of Kadavu, Fiji, on 30 September 2006. This photo was taken about seven weeks after a submarine eruption began on 7 August at Home Reef, in the Tonga Islands. Wide tracks of floating pumice extended across the SW Pacific, and by March and April of 2007 had washed up along a 1,300-km-long stretch of the eastern Australian coast.