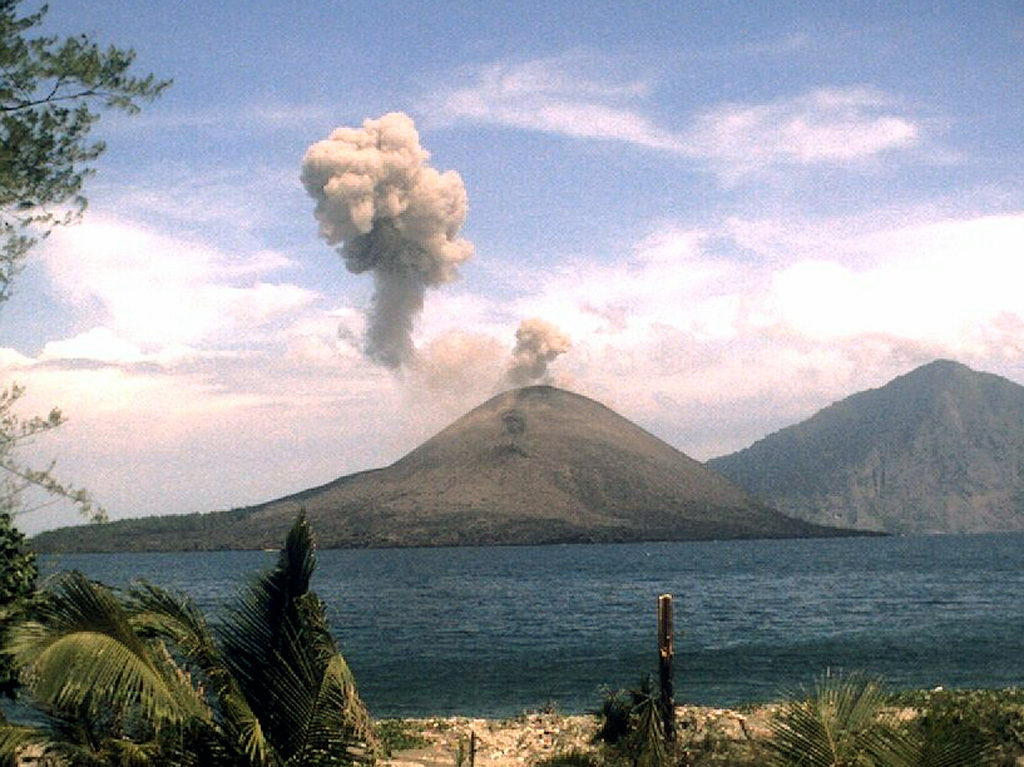 An ash plume from Anak Krakatau on 1 November 2007 is seen from the NW from a monitoring station on Sertung Island (also called Verlaten island). A detached ash plume from an earlier explosion drifts to the left as a new plume rises above the vent. Explosive activity had resumed at Krakatau on 23 October. Ash eruptions and ejection of incandescent material were accompanied by the effusion of lava flows. Rakata Island is in the background.

Photo by Center of Volcanology and Geological Hazard Mitigation (CVGHM), 2007.