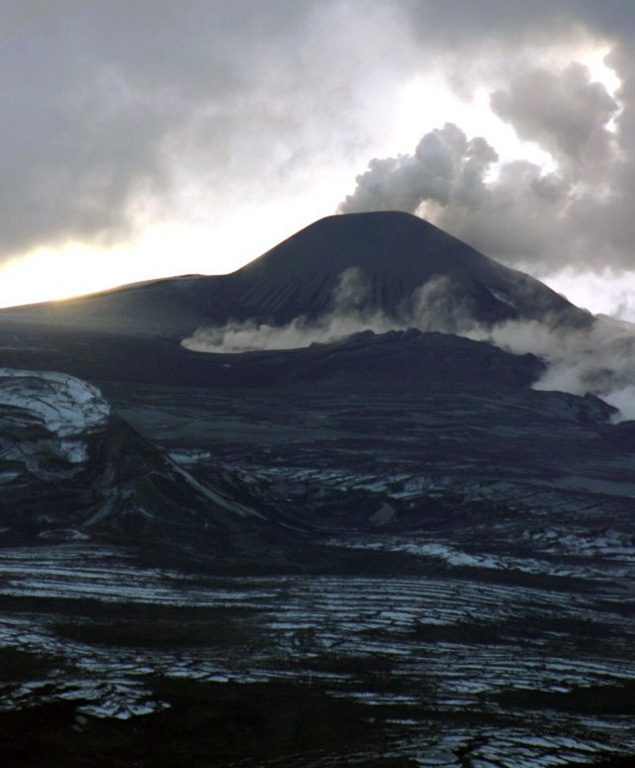 This 13 January 2006 view of the north side of Montagu Island shows the lava field formed by a recent eruption. A plume rising above Mount Belinda appears to be dominantly composed of steam. The snaking plume of steam in front of the cone likely indicates the location of hot lava flow. There was no record of Holocene activity at Montagu until satellite data, beginning in late 2001, revealed thermal anomalies consistent with lava lake activity.