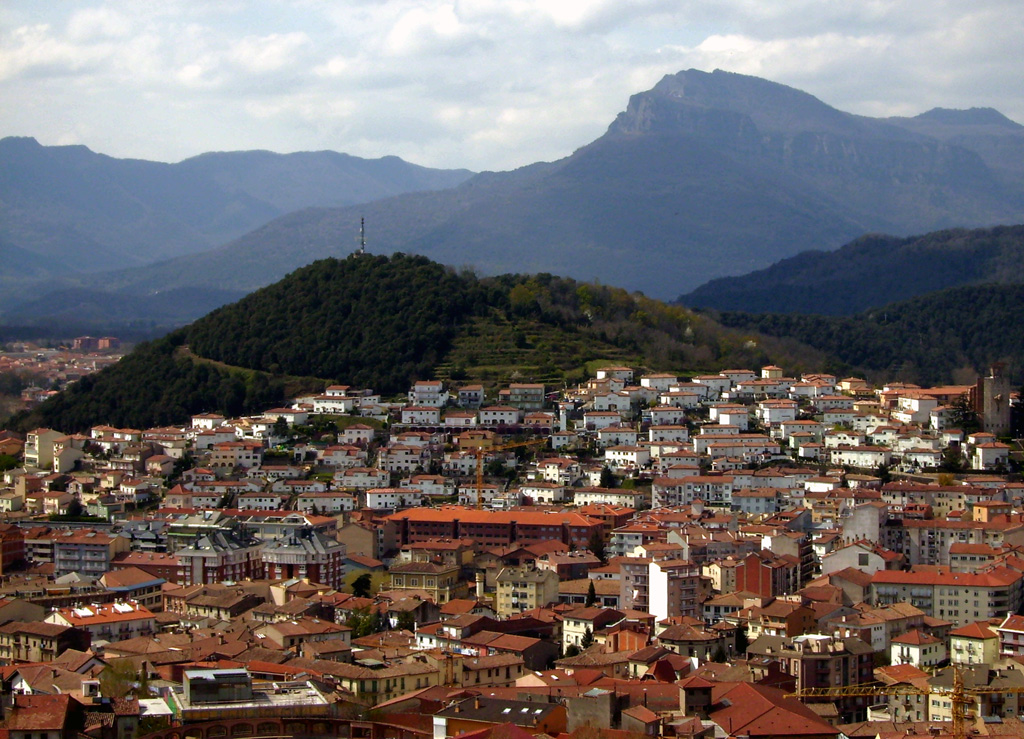 The forested Volcà Montolivet scoria cone rises above the city of Olot, as seen from the Volcà Montsacopa scoria cone to the NE. The cone is part of a large volcanic field named after the city and occupies the NE corner of Spain, south of the Pyrenees Mountains and about 90 km NNE of Barcelona. The latest dated eruption at Olot (also known as the Garrotxa volcanic field) occurred during the early Holocene and stratigraphic evidence suggests that more recent eruptions have occurred. 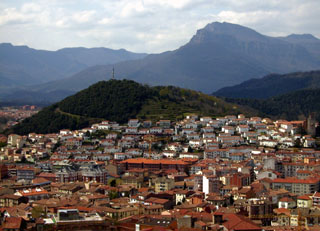