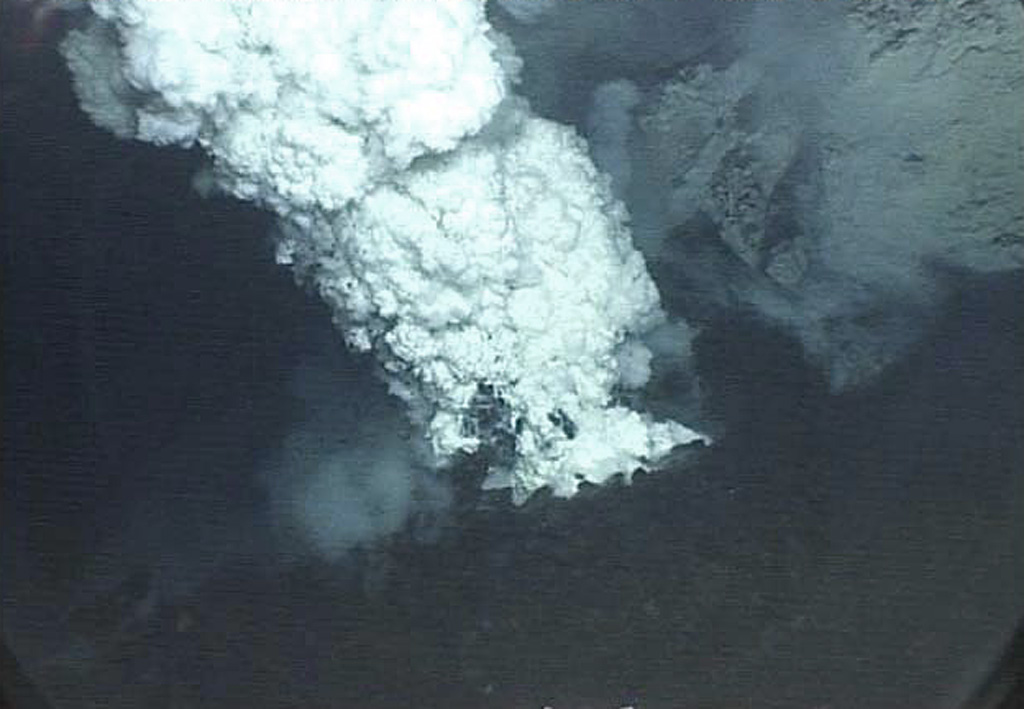 An eruption plume rises from a submarine vent on NW-Rota 1 volcano on 27 April 2006. This volcano was first detected during a 2003 NOAA bathymetric survey of the Mariana Island arc. The seamount rises to within about 500 m of the sea surface SW of Esmeralda Bank. During subsequent visits in 2005, 2006, and 2008, the volcano was seen to be in eruption.