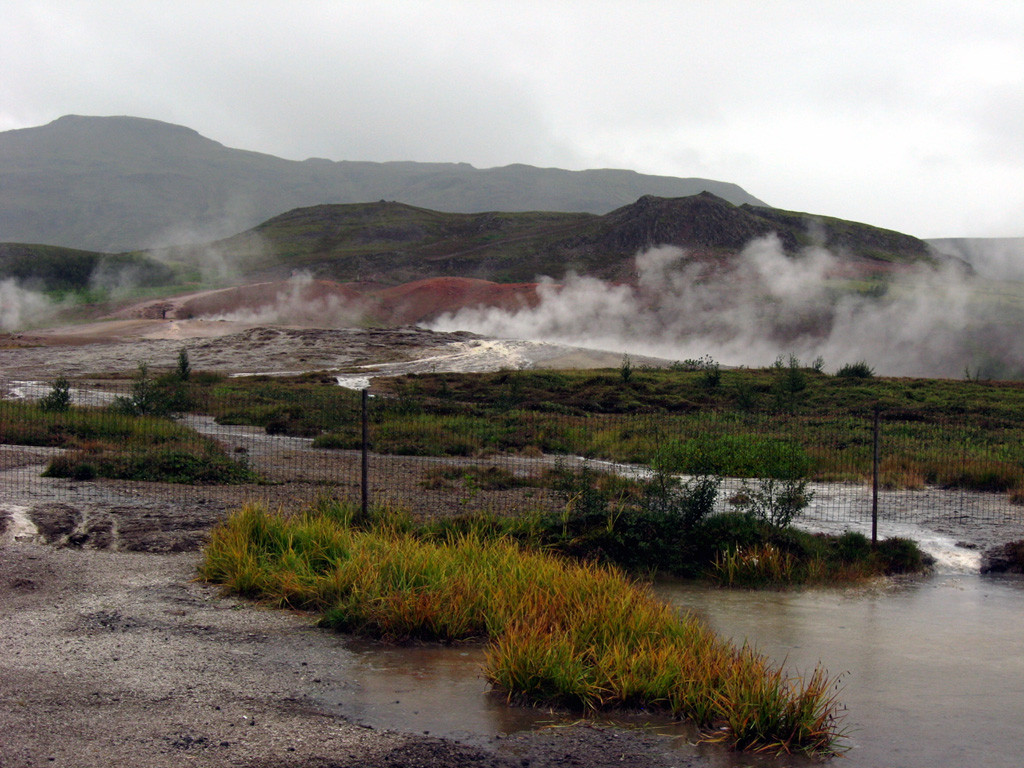 Steam rises from the Geysir geothermal area with the rhyolitic Laugarfjall lava dome in the middle ground behind the mounds of reddish hydrothermally altered clays. The basaltic Bjarnarfjell complex lies on the horizon. The Geysir volcanic system lends its name to geysers around the world and is one of the most frequently visited geological sites in Iceland. No eruptions are known from this volcanic system during the Holocene, although geothermal activity continues and the Strokkur geyser is in almost continuous activity. 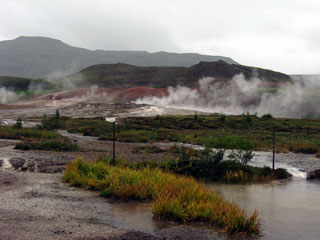