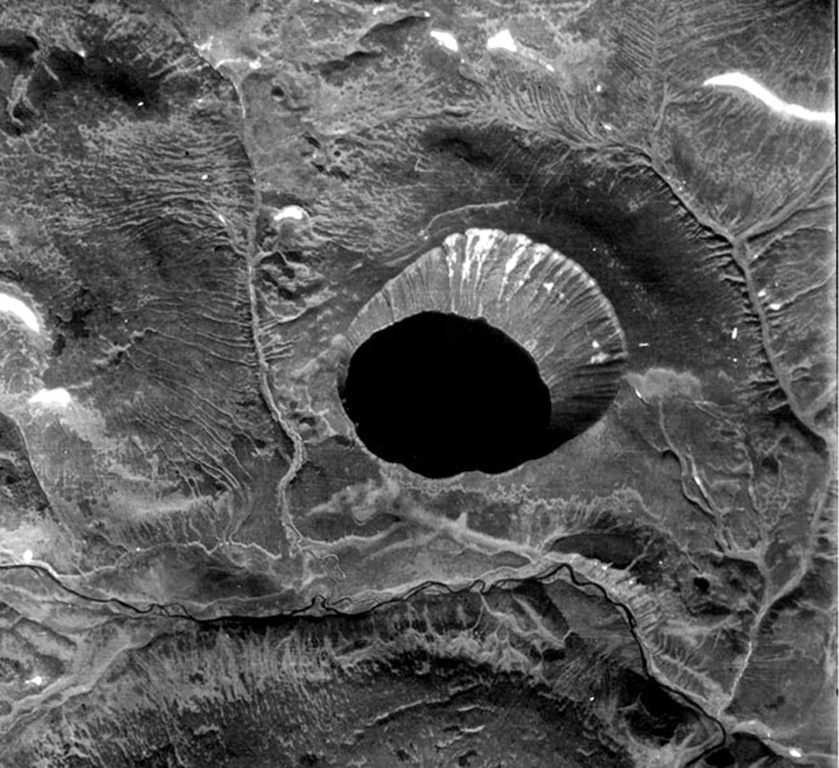 Kinenin maar is seen in this near-vertical aerial photo, with the lake reaching 1 km in diameter. The maar was named after the Kinenin River seen to the south, and was formed during an explosive eruption about 1,100 years ago. The NE crater wall is significantly higher and coincides with the dominant direction of the tephra dispersal. 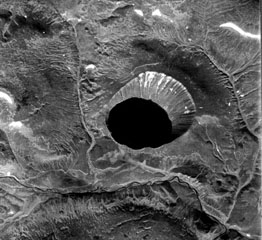