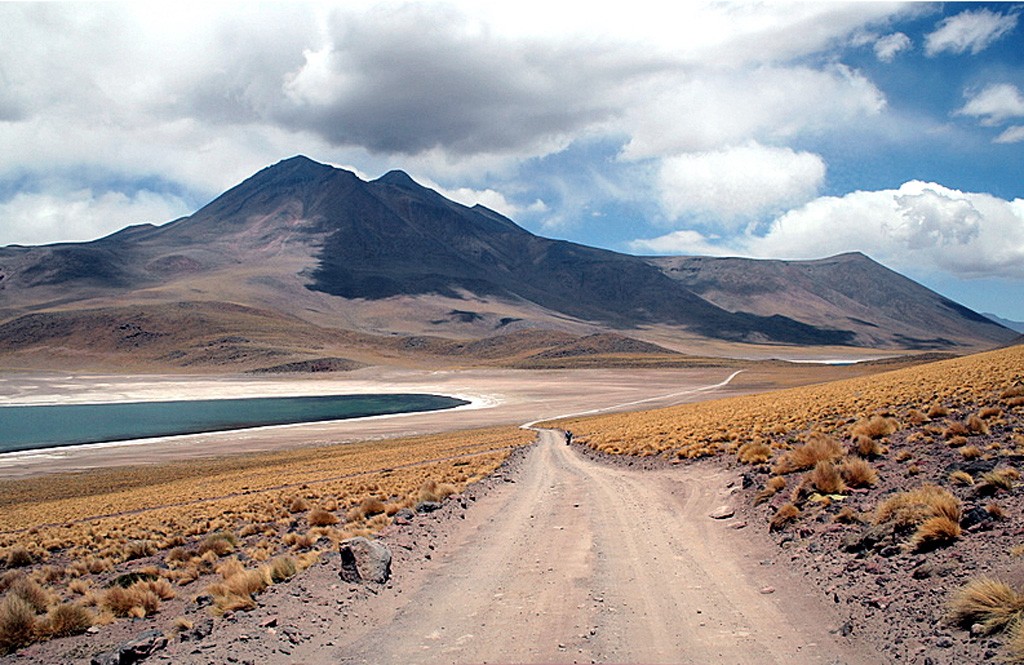 The broad Volcán Miñiques massif rises to the SE above Laguna Miñiques. The 5910-m-high summit of the volcano is cut by three overlapping, E-W-trending craters. Larger craters, partially filled by lava domes and flows, are located west and NE of the summit of the volcano, which is of late Pleistocene or Holocene age. A prominent lava flow, not visible in this image, extends NW-ward from the summit to the lower flanks, separating Laguna Miñiques from Laguna Miscanti to the north. 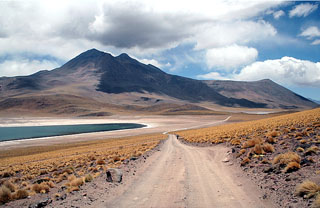