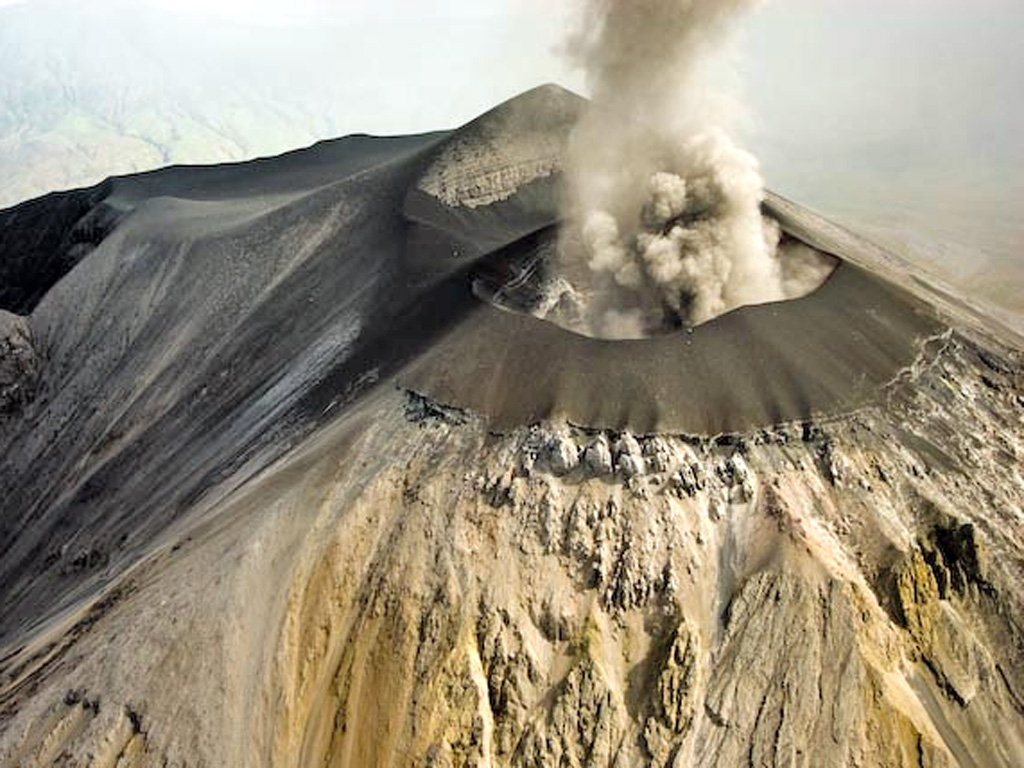 Ash eruption from Ol Doinyo Lengai seen on 12 March 2008 from the NNE. This image shows that the E, N, and W flanks of the cone had buried the original crater rim. Oversteepening of the cone flank in places resulted in small landslides which can be seen just below the cone as dark material covering the lighter areas of older weathered carbonatite. The peak beyond the ash plume is the summit.