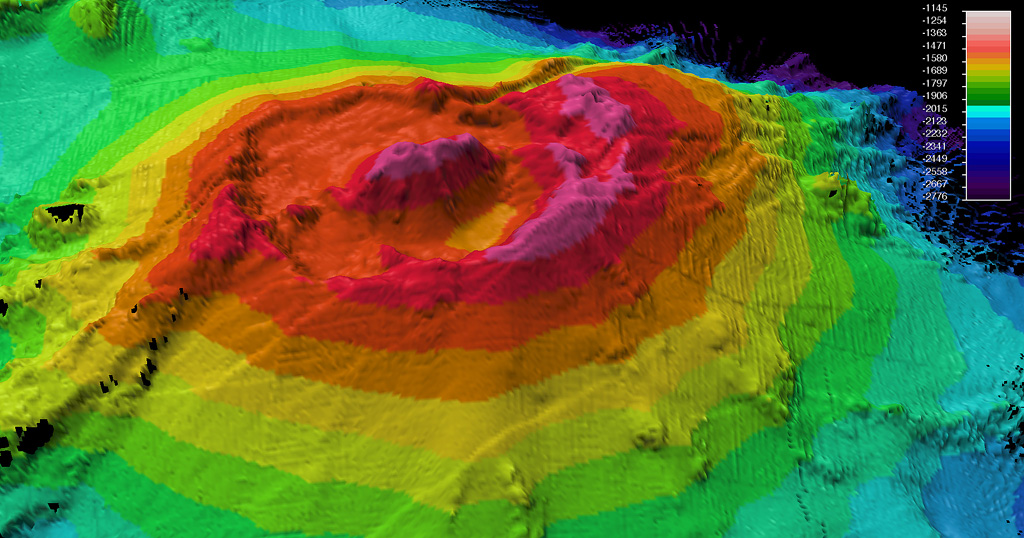 A bathymetric map was made during a 2009 voyage on the research vessel R/V Thompson of Rumble II West submarine volcano. Located NW of Rumble II East, Rumble II West, with a summit depth of 1,200 m, is the deepest of the Rumble group of seamounts, but displays evidence of hydrothermal activity. It contains a 2.5-3 km wide summit caldera about 200 m deep with a central cone. Recent lava flows originating from near the caldera rim with little or no sediment cover are on the S flanks. 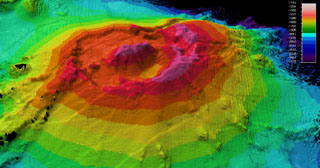