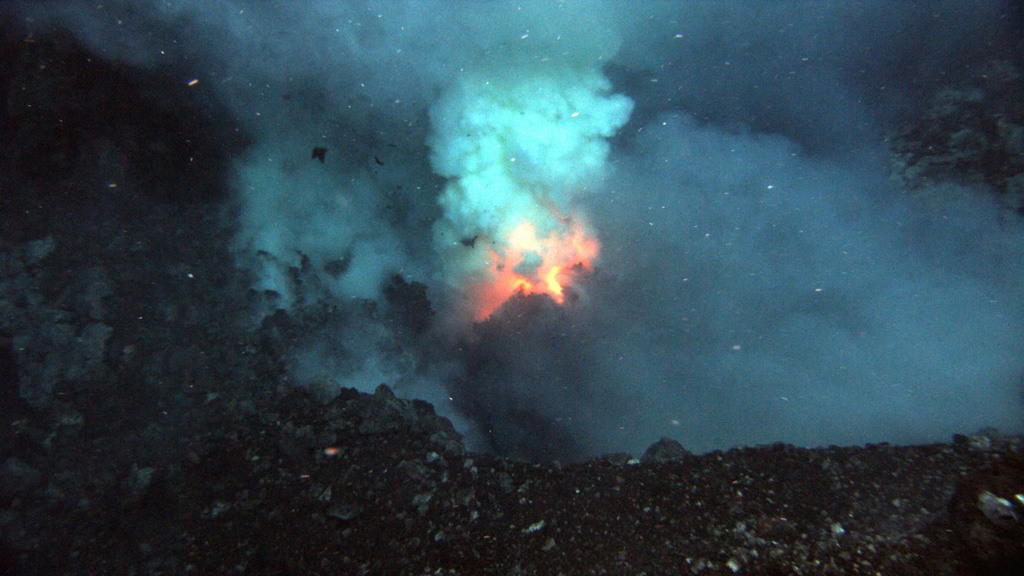 An eruption plumes rises from the Prometheus vent at West Mata submarine volcano summit in May 2009. A November 2008 NOAA Vents Program expedition to the Lau Basin had discovered hydrothermal plumes from an actively erupting site on the summit of West Mata volcano. During a return trip in May 2009 explosive and effusive activity was observed from Hades, a vent on the SW flank, and explosive activity ejecting ash and bombs was seen from a scoria cone at the Prometheus vent.