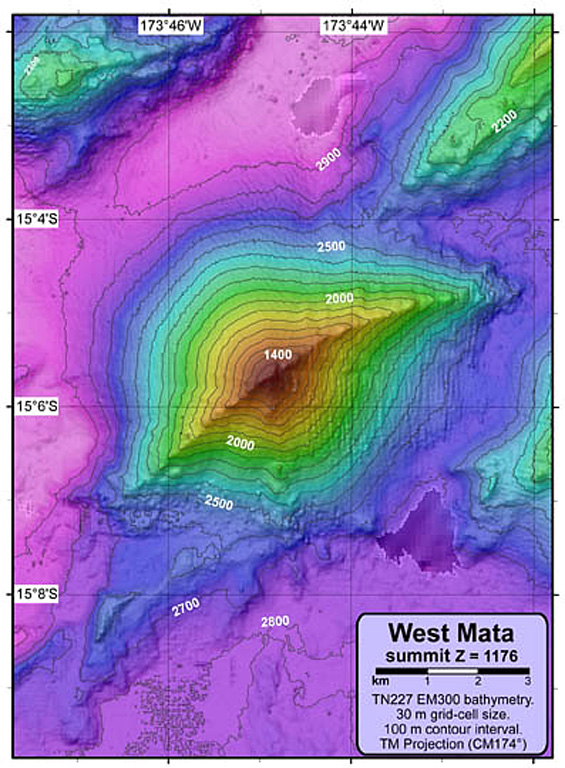 A NOAA Vents Program bathymetric map shows West Mata volcano that rises about 1,500 m from the sea floor at the N end of the Tonga arc. Submarine eruptions were detected in 2008 and 2009 from two vents. The lower flanks of East Mata volcano are visible at the middle right.