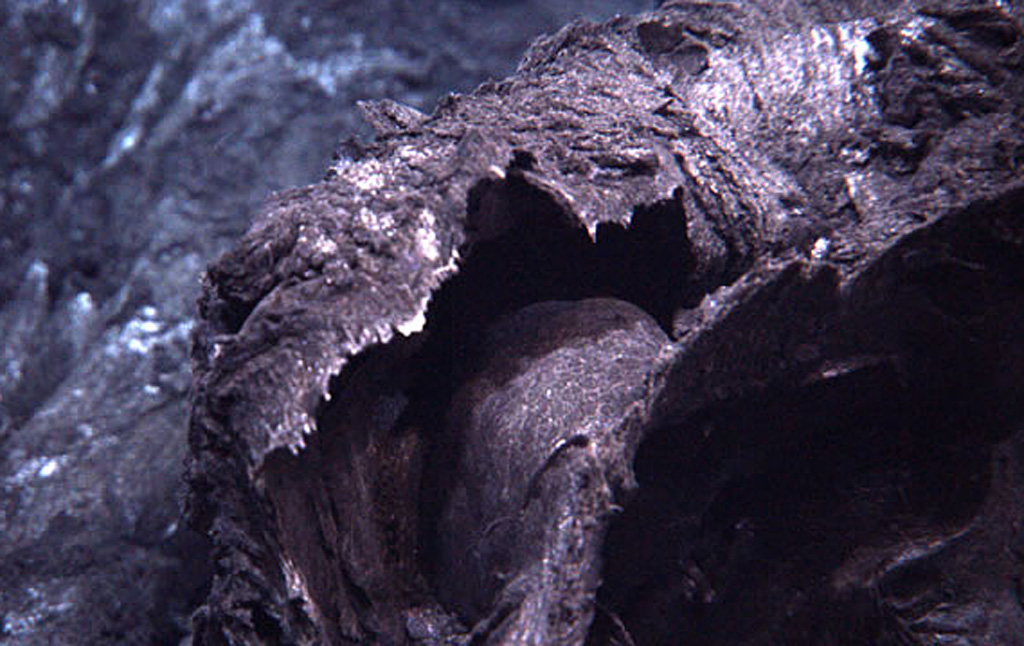 Young curtain lava flow draped and folded over the landscape originated from the Puipui eruption of Maka volcano along the NE Lau Spreading Center, as photographed during a 2009 NOAA Vents Program expedition. A previous expedition documented submarine hydrothermal plumes from Maka volcano on 21 November 2008. The chemistry of water samples suggested that these fluids could be warmed by a recent (days or weeks?) eruption of lava onto the seafloor. A return visit in May 2009 showed fresh lava flows, but without gas emission. 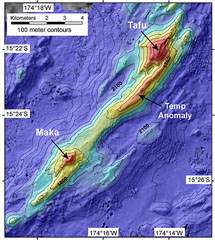