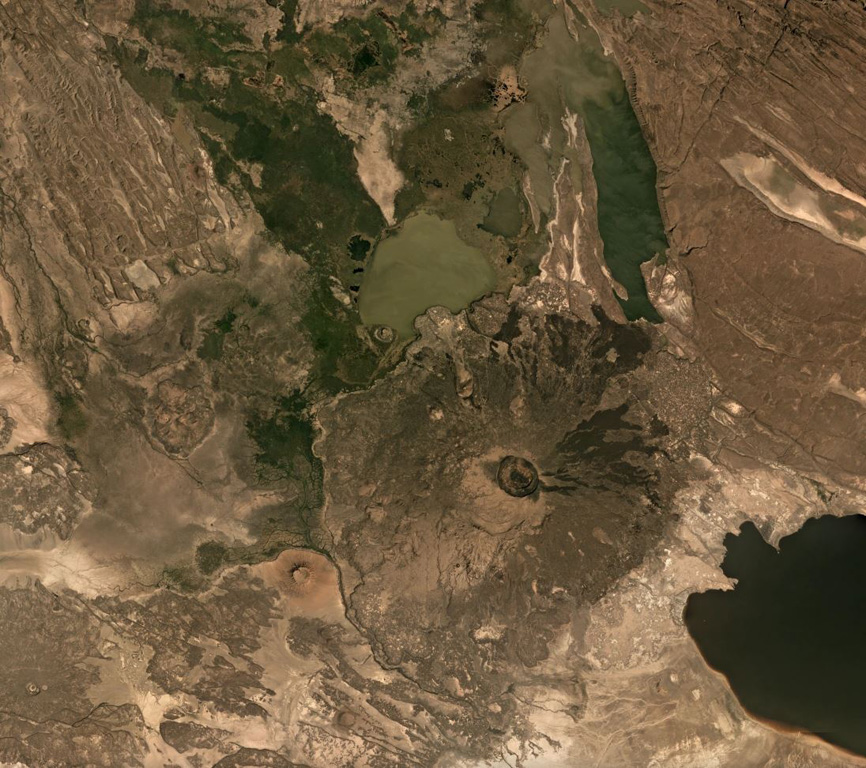 Dama Ali is located along the NW shore of Lake Abhe (right) at the southern end of the Kalo Plain, seen in this November 2019 Planet Labs satellite image monthly mosaic (N is at the top). Nested craters are at the summit, with the outermost visible crater reaching around 2 km across. Lava domes have formed along the flanks and the smaller Asmara cone is at the base of the SW flank with a summit crater approximately 800 m in diameter. Darker, more recent lava flows are also visible down the flanks. 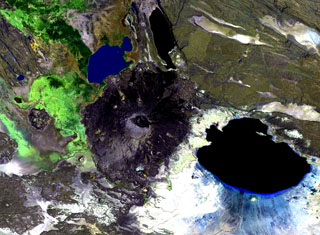