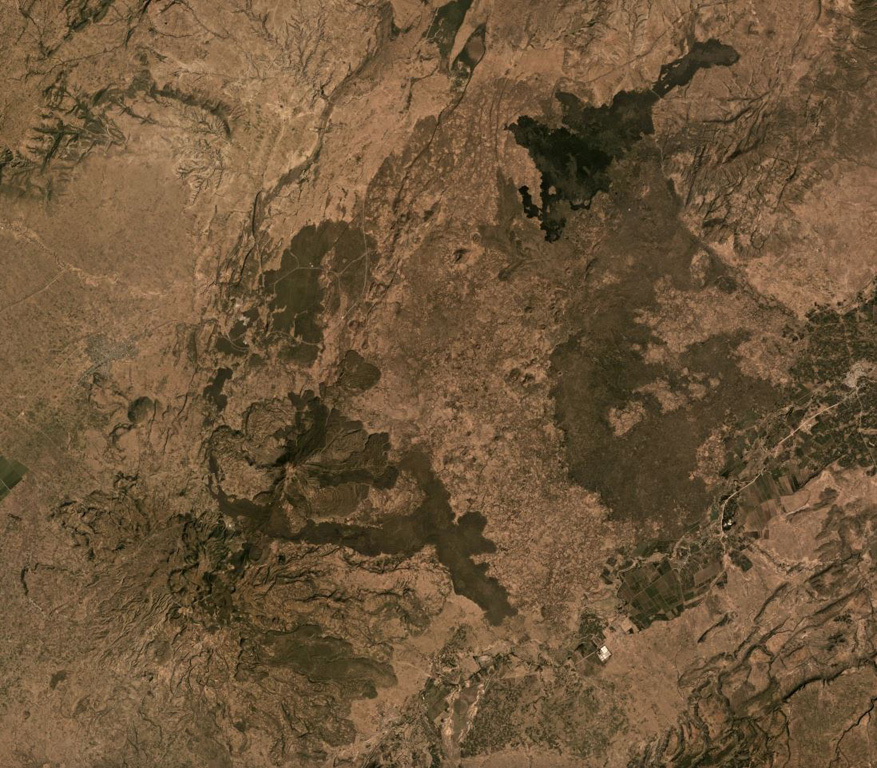 The Bericha and Boset (Gudda) edifices comprise the Boset-Bericha volcanic complex, one of the largest volcanoes within the northern Main Ethiopia Rift at 17 x 20 km in extent. The main edifices are in the lower left quarter of this November 2019 Planet Labs satellite image monthly mosaic with darker, younger lava flows on the flanks and to the NE at Kone (N is at the top; this image is approximately 39 km across). The Boset (Gudda) cone forms the SW potion, and the Bericha cone is NE. 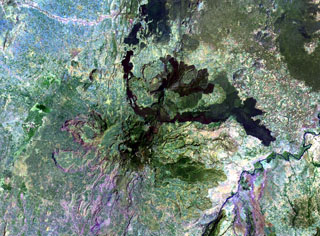