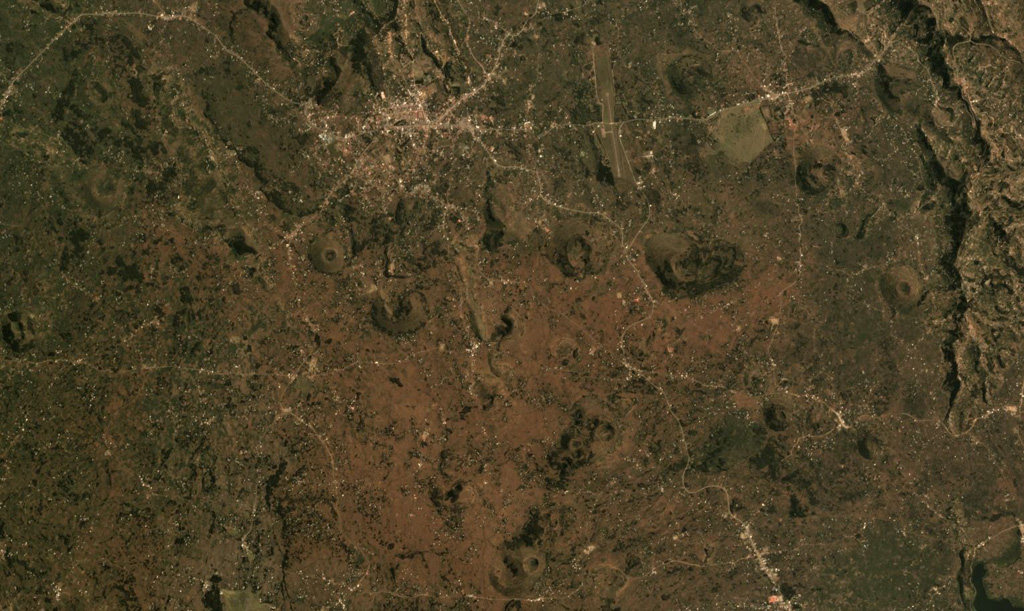 The Bufumbira volcanic field in SW Uganda contains numerous scoria cones including those shown in this August 2019 Planet Labs satellite mosaic (N at the top). The field is in the Virunga volcanic province in SW Uganda and covers approximately 320 km2 with Muhavura, Mgahinga, and Sabinyo along the southern boundary. Several of the scoria cones near the center of this image produced lava flows through the collapse of a flank, resulting in horseshoe-shaped edifices. 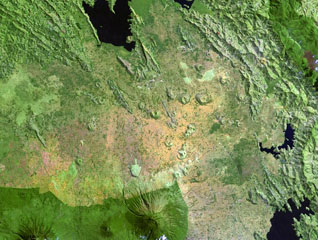