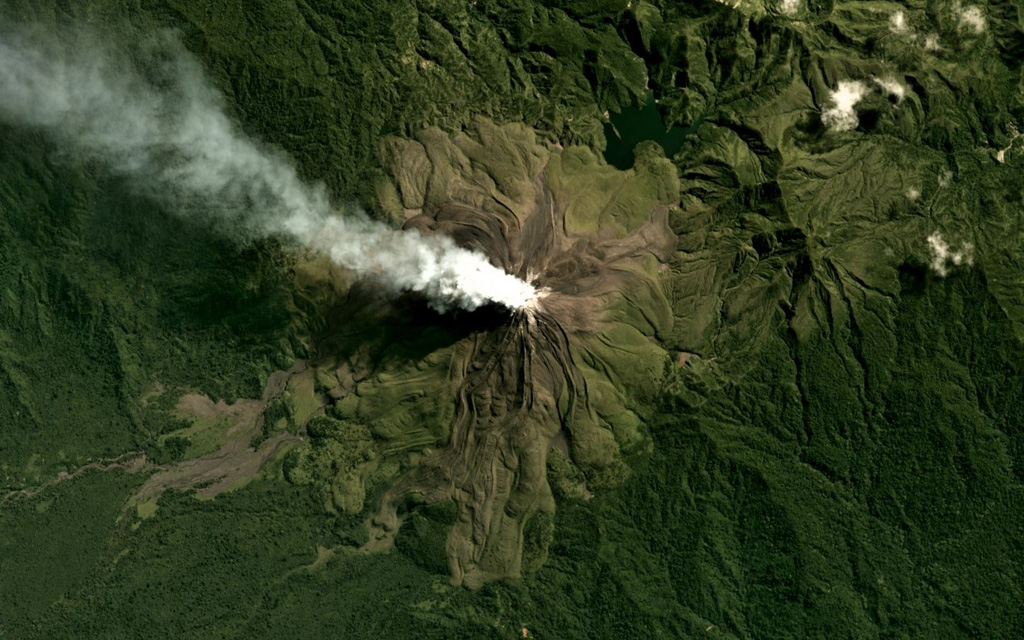 The flanks of Bagana are composed of radial lava flows that erupted from a central summit crater where a gas plume is emitting and dispersing NW, visible in this June 2019 Planet Labs satellite image monthly mosaic (N is at the top; this image is approximately 12 km across). At 2.5 km NW from the crater is a lava dome, and to the NE is the eroded Reini cone.