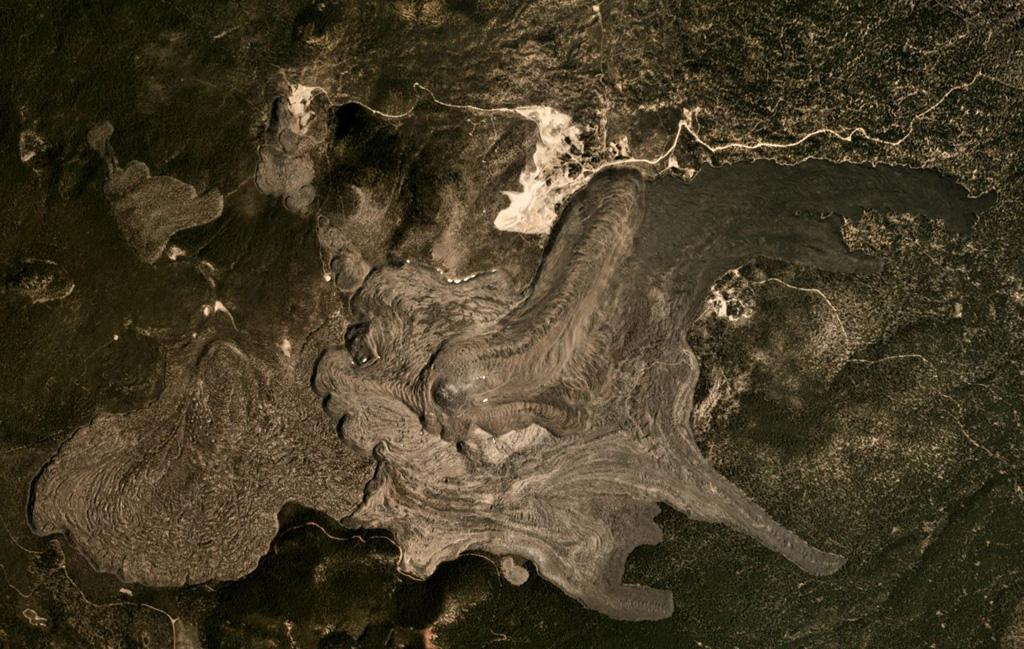 The Medicine Lake volcanic center covers around 2,200 km2, with recent lava flows shown in this August 2019 Planet Labs satellite image monthly mosaic (N is at the top; this image is approximately 10 km across). These lava flows at Big Glass Mountain erupted along the eastern caldera rim and ten lava domes formed in a NW trend, with one lava dome to the south. The western lava flow in this view flowed into the caldera and the eastern flows traveled down the flank.