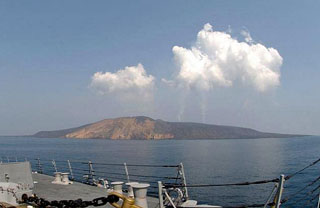 
According to news reports, the eruption from the Jebel at Tair that began on 30 September continued on 3 October with lava flows noted on the W part of the island.