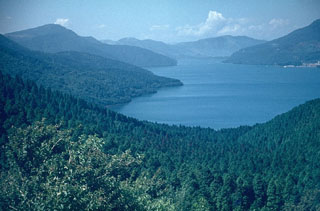 
JMA reported that on 29 June scientists visiting Hakoneyama observed new fumaroles in a landslide-prone area, appearing after a possible landslide had occurred. Fresh sediment deposits within 2 km were possibly caused by the formation of the fumaroles. Seismicity began increasing at 1930, and a 5-minute-period of volcanic tremor began at 1932. At 1230 on 30 June a small-scale eruption occurred. The Alert Level was raised to 3 (on a 5-level scale).